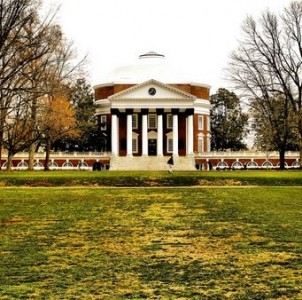 Two high-profile media reports this week have cast aspersions on the oft-cited statistic that one in five women will be sexually assaulted in college.

The lead author of the study most frequently credited with the 1-in-5 stat also recently said that his findings can’t be “nationally representative” because it examined only two schools, as The College Fix previously noted.

In evaluating the accuracy of a Virginia state senator’s claim that women at the University of Virginia have a “20 percent chance of being sexually assaulted,” PolitiFact Virginia rated the claim “mostly false,” noting the survey never examined UVa and it had “major caveats” anyway:

Researchers noted the results were limited to the two unidentified colleges [in the South and Midwest] surveyed and may not generalize to the experiences of all college women. They also said the survey had a “modest” 42 percent response rate to their Web-based survey, which the researchers noted is lower than other methods, such as face-to-face interviews. They hoped, however, that anonymity would provide more candid answers and better data.

James Fox, a professor of criminology, law and public policy at Northeastern University, told PolitiFact National in May that  the “one-in-five statistic shouldn’t just be taken with a grain of salt, but the entire shaker.”

There are similar caveats in a survey conducted at the MIT campus, PolitiFact Virginia says, and not just an extremely broad definition of assault:

But the researchers found the undergraduates answered the question differently when asked if they had been “sexually assaulted or raped” and were allowed to apply their own definitions to the terms. Under those conditions, 11 percent of the women answered “yes.”

We’re not downplaying the issue of sexual assaults at UVa., a problem that’s been repeatedly acknowledged by Teresa Sullivan, president of the university. But there’s a burden on [Senate Minority Leader Richard] Saslaw to prove his claim and he comes up short.

The New York Times editorial board, not known for being rape apologists, also admitted the 1-in-5 stat is unreliable and called for better research:

That study, probably the best we have, is flawed. It was based on undergraduates at just two unnamed large public universities, and it had a response rate of only 42 percent. Other studies on the subject came to similar conclusions but have their own shortcomings. …

Still, lack of clarity on what is happening on campuses isn’t helping anyone, least of all victims who, after the Rolling Stone report, may unfortunately face more doubters.