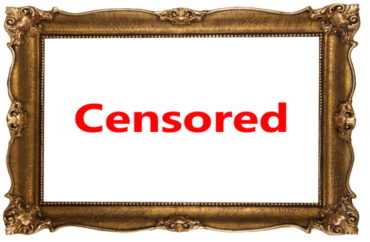 Since 2013, at least 37 paintings, portraits, pictures, murals or art displays at universities across the nation have either been removed, covered, been the target of censorship demands, or had additional “context” added, to appease campus activists, almost all of whom are politically progressive.

For instance, in June, Oxford University removed a portrait of Queen Elizabeth II, citing the image’s “links to colonialism.”

In February, Vermont Law School defended its position to remove a mural depicting slaves being freed, calling it “caricatured and offensive.”

And at least two Confederate paintings have been banished from campus, Robert E. Lee at the University of Georgia and John C. Calhoun at Yale University.

Not all of the cancelation attempts are successful.

For instance, in July, the University of Rhode Island announced it would keep a series of World War II-era murals it had initially slated for destruction. Campus activists had argued the murals, painted in the 1950s, featured too many white people, therefore lacking “diversity and a sensitivity to today’s complex and painful problems.” Ultimately, the school chose to keep the paintings, with “necessary context regarding the original intent of the murals.”

• In 2016, the University of Wisconsin-Stout moved an 80-year-old historic painting of Native Americans canoeing in a river alongside French trappers to a “controlled room,” where it can be viewed by appointment only.

• In 2015, the University of Kentucky covered a historic mural painted in 1934 that shows scenes from the state’s history, including black workers in a tobacco field and a Native American with a tomahawk.

• A student at the University of Wisconsin-La Crosse complained that a Harry Potter mural on campus featuring the character Neville Longbottom represented “white, cis, man power.”

To see the list of paintings and other artwork protested or canceled by campus cancel culture, click here.