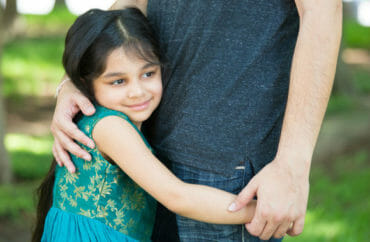 WASHINGTON, DC – If Nancy Pearcey were speaking on an elite secular college campus, she would have likely been shouted down.

It looked like it might happen at the Heritage Foundation Tuesday, where the Houston Baptist University professor of apologetics gave a talk on her latest book, Love Thy Body: Answering Hard Questions about Life and Sexuality.

A handful of young people who weren’t dressed for a think tank discussion sat together in the small amphitheater.

The arrangement suggested a contingent from a local college that might stand up during Pearcey’s talk and chant slurs at the socially conservative author – a fate that befell contrarian feminist Christina Hoff Sommers a week earlier in Portland.

In the end, the only remotely cross words Pearcey faced came from an earnest young self-identified progressive, who asked her to clarify her central argument: that “secular liberalism” shows disrespect for the human body.

While Pearcey’s argument is not specifically directed at the educational system, she warned that the philosophical underpinnings of abortion, gay and transgender rights are being drilled into children from a young age.

Don’t try to “make sense of them one by one” because these issues are all an outgrowth of secular liberalism, which “undermines human dignity and human rights,” Pearcey said. 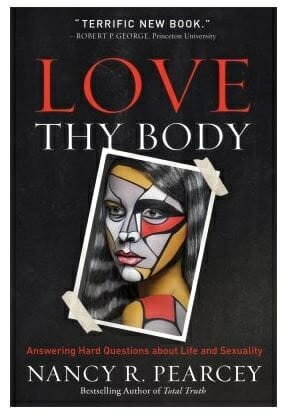 “Every bioethicist offers a different answer” to the question of when a human becomes a “person,” leading to the conclusion that “simply being human is not enough for human rights,” she said.

The only sure foundation for human rights is biology, according to Pearcey, citing Philip K. Dick’s short story “The Pre-Persons.” Published a year after the Roe v. Wade decision, it envisioned a society where lawmakers keep moving up the age at which children can be legally killed by their parents, eventually reaching 12. “To be pro-science is to be pro-life,” she said.

The threshold in “The Pre-Persons” was “reasoning,” and in the misnamed “right to die” case of Terri Schiavo, one prominent bioethicist judged that “awareness” conferred personhood. “This is not compassionate. This is exclusive,” Pearcey said.

She urged Christians to return to the roots of their faith, whose “greatest scandal” was its assertion that God interacted with matter and Jesus “came back in a physical body” after his death. “To the Greeks that was not spiritual progress – that was spiritual regress.”

The worthlessness of the body is the logical result of Darwinian thought, which seeks to rid the universe of purpose and design. Even some atheists acknowledge they have to “freeload” the concept of human rights from Christianity, the only faith with such an exalted view of the body, she said.

Darwinian thought explains the rise of “hookup culture,” which relies on the same “fragmented” view of the body as abortion rights to reduce sex to a “purely physical” and “very scripted” act, Pearcey said.

Loving your body is not ‘conversion therapy’

The professor said she’s often asked how same-sex marriage got legalized so quickly. It’s not a surprise: It’s the “logical implication” of the denigration of the body.

Pearcey said identifying as gay requires ignoring “biological complementarity” and judging the body irrelevant, citing the American Psychological Association’s inability to find a “biological cause” for sexual orientation. Even the contrarian feminist Camille Paglia defends homosexuality as a rebuke to “physiology,” asking “why not defy nature?”

The Supreme Court made a poor attempt at “mind reading” when it judged opponents of same-sex marriage “hostile and mean-spirited” toward gays in striking down the Defense of Marriage Act, according to Pearcey.

They simply have a higher view of the body, as demonstrated by the ex-homosexual academic Sean Doherty, she said. Doherty has written that he didn’t start by trying to change his same-sex attraction but by acknowledging his male body was a “good gift from God,” after which his feelings “started to follow suit.”

Transgender rights are moving even faster because they ditch the concept of bodies altogether, Pearcey said. She noted with alarm that a federal judge hearing a transgender-bathroom case “treats the very existence of biological sex with suspicion” by putting the term in scare quotes.

Even transgender advocates acknowledge the inherent “self-estrangement” but don’t try to reconcile it, she said: They just tell kids that their bodies are “not part of their authentic self.”

The best illustration of this is the “Gender Unicorn,” a graphic marketed to children that breaks down all their gender options: identity, expression, “sex assigned at birth,” and separate physical and emotional attractions. It teaches them “there is no unified self,” Pearcey said.

This is contradicted by the teenager Noor Jontry, who wrote about living as a transgender boy from ages 11 to 14 and then de-transitioning. She came to realize that “it’s not conversion therapy to learn to love your body,” Pearcey said.

In case some strains of conservatism aren’t worried about this, Pearcey portrayed the low view of the body as a “huge power grab by the state.”

Society only exists if rights are “pre-political,” and the next such institution to face existential threat from the state is parenthood, Pearcey said. When a biological relationship no longer determines parenthood for the state, “you will be your child’s parent only with permission of the state. What the state gives, the state can also take away.” 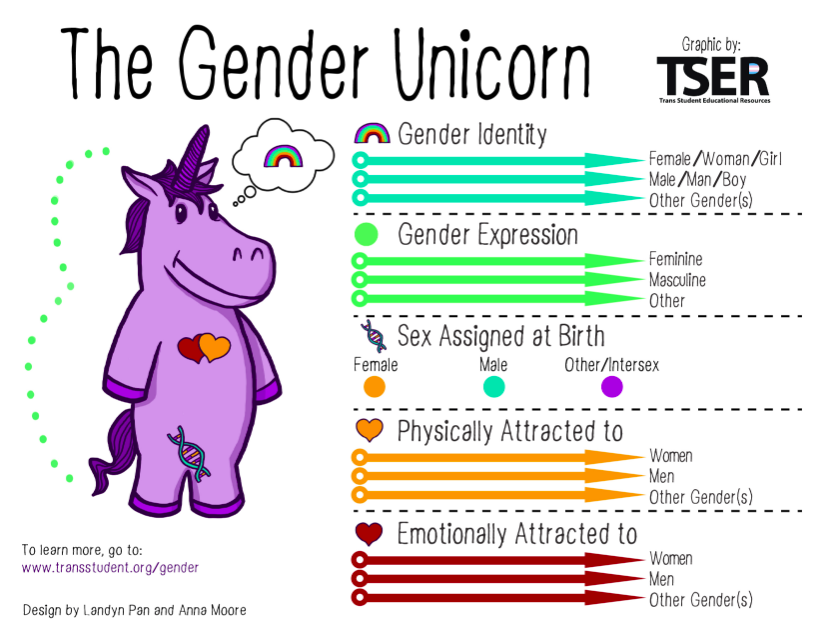 With the glum picture painted by Pearcey, audience members asked her how to win over people who start from fundamentally different principles.

Noting that Pearcey said some feminists also protest the “disavowal of biology” that’s taking over sexuality discussions, one person asked how to build bridges with those feminists. Pearcey said to check “trans-critical” websites where people share stories of their gay children being pressured to identify as transgender.

She suggested to another that they talk to skeptics with common secular principles and “draw them back logically step-by-step” to their scriptural roots.

A young man who said he supports gay and transgender rights told Pearcey that he wanted to bridge the gaps in his understanding of the other side, but he didn’t understand how being gay was disrespectful to the body.

She quoted from a pioneer of queer theory, the butch lesbian Judith Butler, who wrote that humans naturally aspire to “inner coherence.” But because Butler and others don’t have that coherence between sex, gender and orientation, she wants to “denaturalize” sex and gender. The only answer Pearcey can give is that humans are happier and healthier when they have natural unity.

Asked by The College Fix how college students can promote these principles without their events and meetings getting targeted for shutdowns by radical activists, Pearcey shared her ongoing Facebook conversations with “committed” gay activists.

“You have to learn to put up with rants and dismiss them” until the ideological opponent reveals a “kernel of actual thought,” she said to laughs.

She put up with this behavior from one gay activist for weeks until she found a “point of personal connection”: He believed “I was a mistake” because a doctor recommended his bipolar mother abort him, and he had a difficult childhood. Pearcey told him he was a beautiful creation of God.

One of the major roadblocks is gender stereotypes rooted in the Industrial Revolution, which lead children to believe their genders don’t match their bodies, Pearcey said.

She knows a man who acted feminine as a child and started researching sex reassignment at age 14. His parents “worked with him extensively to help him accept himself as a boy” who is gentle and relational, even though he still feels like a girl on the inside, she said.

Another problem is academic: Outdated philosophy departments are “not equipping us to deal with the challenges” from the continental philosophy that produced postmodernism and group identity, Pearcey said. These cultural changes are “happening so quickly because of postmodernism.”

Pearcey said she’s skeptical that clergy will read her book unless it’s pitched to them in terms of “these are our kids.”

Kids who aren’t even in puberty are facing “incredible pressure” by peers to identify as gay or transgender. She shared the story of a woman who lives in a socially liberal area, whose 11-year-old daughter is being pressured to identify as a lesbian by another girl.

“What we need to do is sell it to them on the level of ‘our kids are really struggling with these issues,’” she said.