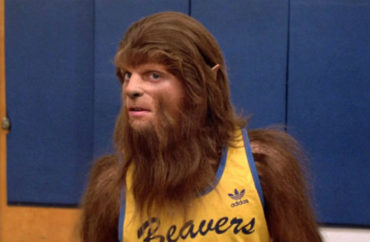 His research threatened state money for a new medical school

Robert Wielgus thinks it backfires when you cull wolf populations in order to protect livestock.

The director of Washington State University’s Large Carnivore Conservation Laboratory has published research that says wolf populations can actually grow after they are culled because they move around and reproduce more. Then they kill even more livestock.

He also documented how a rancher allegedly baited a wolf pack in order to have it killed by the state, moving his cattle near the pack. It got picked up in the media.

The research made Wielgus deeply unpopular with elected leaders whose constituents are ranchers, and those elected leaders in turn made life difficult for leaders at WSU, which is located in the state’s eastern agricultural area.

A year after Wielgus filed an academic freedom complaint against the university for retaliation against him because of his research, the parties have settled, and the wolf expert is walking away from WSU $300,000 richer.

Zach Greenberg, legal fellow at the Foundation for Individual Rights in Education, summarizes the history of the dispute in a blog post today.

The group representing Wielgus, Public Employees for Environmental Responsibility, said WSU issued a cease-and-desist letter against him so he would stop “lobbying” on wolf issues and restricted his grant funds so he couldn’t be reimbursed for research-related expenses.

It asked the faculty senate to investigate ” improper political influence on WSU administrators” and to discipline those who harassed Wielgus for his research.

A state lawmaker and cattle rancher got a “rider” attached to WSU’s state budget that restricted the researcher’s work and then got the university to denounce his research as “inaccurate and inappropriate.” Then it got worse, according to Greenberg:

WSU then instructed Wielgus and his lab members to stop speaking to the press or the public about wolves. The university also required all scientific papers and presentations to be presented to a WSU administrator for vetting and approval before publication. Additionally, WSU threatened disciplinary action against Wielgus if he sought to contradict the university’s claims about his research — a threat that included the possible search of his emails and other communications. After Wielgus distributed his empirical findings to the Wolf Advisory Group, a group of people interested in the state wolf population, WSU investigated him for illegal lobbying activity because he used his university email address. The university did so despite the fact that this prohibition applied only to matters before a state legislature or agency, of which the Wolf Advisory Group forms no part.

"It’s a shame that the science is suppressed and science is silenced at Washington State University.”

UPDATE: We have spoken with Robert Wielgus about his settlement with WSU resulting in his resignation.https://t.co/XcjHItuCPL

The Seattle Times uncovered another motive for WSU to shut up Wielgus: It obtained emails showing that the Legislature might kill funding for a new medical school if “wolves continue to go poorly,” as put by WSU lobbyist Dan Coyne.

In the settlement, the parties jointly state that Wielgus will be paid out of the state insurance liability account. “Both parties view this as an opportunity to sever the employment relationship on mutually acceptable terms, while resolving disputed legal claims.”

On his way out, Wielgus denounced “years of political pressure from ranching interests and political interference by high ranking state politicians” who would rather kill wolves than develop “non-lethal strategies to combat depredation.”

(The Seattle Times wrongly says the settlement ends a lawsuit, but the PEER complaint was filed with the faculty senate, and its settlement statement said the agreement preempted a “threatened” lawsuit.)

WSU is alleged to have repeatedly violated its First Amendment obligations – cutting Wielgus’s budget, imposing a gag order and making him get prior review for even his manuscripts, Greenberg writes:

Furthermore, by agreeing to carry water for a state representative seeking to shut up a professor, WSU abandoned its commitment to uphold its professors’ freedom to pursue truth wherever it may lead, and whoever its conclusions may irk. When a university accedes to calls to punish professors for their research and expression, it sends the message that academic pursuits are subsidiary to appeasing powerful or endowed interests. It diminishes academic freedom from a core institutional principle to a minor factor in the university’s calculus, one that the school will readily abandon once pressure mounts.

Robert Wielgus learned that the state’s policy of killing wolves that had preyed on cattle was likely to lead to more cattle predation, not less, because it destabilized the structure of wolf packs, @LyndaVMapes reports. https://t.co/pga2Ch3y5J