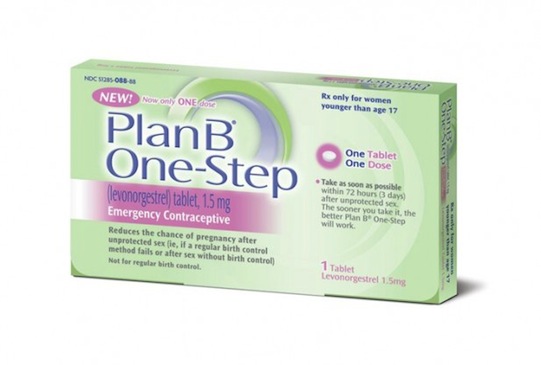 On Monday, the Obama administration decided to drop the fight to keep age restrictions on the so-called “morning-after pill” contraceptive. Whereas children used to need a prescription to get this drug, they will now be able to get it over-the-counter, no matter how young.

The United States, at long last, seems to have reached the point of true equality. Because after 236 years of discrimination, burdensome regulations, disenfranchisement, and what one might call “age apartheid”… the children of America are finally rising up to take back their rights.

Three cheers for child sexual liberation! Today, we can all finally be proud of our country (you know, like Michelle Obama back in ’08).

When Barack Obama was elected in 2008, we knew change was coming. He brought Obamacare, let gays in the military open up about their sexuality – but surely these “accomplishments” absolutely pale in comparison to this most noble of all civil rights feats – the sexual empowerment of children of all ages!

The Obama administration has finally backed away from puritanical old-fashioned ideas about preteen or young teen usage of day-after pills. Obviously, this is a huge victory for children’s rights; no child who has sex at age 12 or 13 (or younger) should be “punished with a baby,” after all. And it certainly is no business of any parents to interfere with their late elementary/middle schooler’s sex life. The sheer tyranny!

No, the Obama administration seems to have realized what U.S. District Judge Edward R. Korman in New York stated long ago in his ruling against age restrictions for emergency contraception – that those restrictions are “scientifically unjustified” and “politically motivated.”

What a guy, that Judge Korman, looking out for the kiddies like that. And he’s so right! Virtually no one except for maybe archaic right-wing evangelicals honestly believes that parents ought to be consulted in life-altering decisions of their children. Just as the parents of America are incapable of packing healthy school lunches for their children (something Michelle Obama took on head first, bless her soul), they have also failed to secure contraceptives for their children – and it is high time that we put a decisive end to this affront to (child) liberty.

For some reason, the American College of Pediatricians opposes child access to the morning-after pill without a prescription.

The potency of these medications demands physician oversight, and equally important their over-the-counter availability circumvents parental involvement and may facilitate adolescent abuse. Health professionals need to encourage good parent-child communication, teach minors the benefits of delaying sexual activity until marriage, and teach them how to avoid situations resulting in coerced sex and premature/promiscuous consensual sex.

Huh? Clearly these doctors do not understand that the government knows far more than parents about what’s best for children.

Where did this primitive notion that children shouldn’t be having sexual relations come from, anyway? Those uneducated Christians? Those fascist Republicans who believe the “family unit” is healthy for society? Don’t they know it takes a village to raise a child? MSNBC’s Melissa Harris-Perry put it best when she recently stated, “We have to break through this idea that kids belong to their parents, or kids belong to their families, and recognize that kids belong to whole communities.” That’s right, Melissa, they ultimately belong to the federal government!

Let’s be clear: The time has come for the parents of America to step down, to surrender their despotic control over the decisions of these children who don’t really belong to them anyway. The government has spoken, and it is calling on the youngsters to throw off the chains of injustice and persecution, freeing themselves once and for all to make irresponsible, potentially dangerous, adult-type decisions without the necessity for any parental guidance.

But wait – come to think of it, maybe the kids are not completely free yet. After all, even Michelle wants to intervene when they’re pigging out on potato chips. And we still don’t let them vote, or have a job.

But by golly, at least the little ones can finally have worry-free sex! And parents will no longer be able to interfere with government control over American children. Thank God almighty, we are free at last!