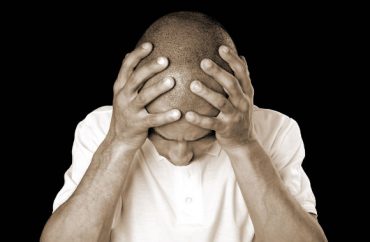 Around Thanksgiving, Bongani Radebe was nearing the end of his first term at Edmonds Community College north of Seattle when school officials came to his apartment and ended his American college career.

The international student from South Africa, recipient of a U.S. government scholarship, found out a white female student had filed a sexual-assault complaint against him. He had never heard of Title IX.

Only a week later, Radebe was on a flight to Johannesburg, his student visa revoked, his family’s dreams of him receiving an American education left behind.

He has been cleared by a police investigation. But ECC has dragged its feet in response to his request for reconsideration of its three-year suspension, ignoring his calls and emails for the past two months, Radebe told The College Fix in an email.

The experience has left him with a mixed impression of America.

“I still think it’s a country of opportunity but I am now less naïve about and a [sic] more wary of race relations and fairness of college campus operations in the US,” said Radebe, who reached out to The Fix to tell his story.

“Fairness and true justice are not prioritized above the college’s ‘reputation’ and Title IX track record,” he said.

Read up on the 19 students that Edmonds CC welcomed this month through the Community College Initiative Program. http://t.co/PEYh6tTKcm

Inconsistent claims about the kiss

Radebe came to America through a U.S. State Department scholarship that places South African students in community colleges for a year.

The program made him the first in his family to receive an education in the United States.

“For as long as I can remember I have always wanted to study in the US,” Radebe said. He was drawn to the “opportunity, fairness and tolerance” that Americans receive when they work hard to accomplish a goal. Little did he know his work would be cut short so quickly.

At a campus bus stop, two weeks before ECC sent him packing, Radebe met the woman who would soon accuse him of rape. They began exchanging texts, and she agreed to come to his dorm room.

RELATED: Foreign student branded a rapist could die if university sends him back to Syria, suit claims

They talked for a while, with him on his bed and her seated at a desk, according to Radebe. She said she was 17 – a year over Washington state’s age of consent – and a participant in Washington state’s Running Start program, which lets high school juniors and seniors get college credits tuition-free. Radebe claims the girl came willingly over to him when he asked. He held her hand and said her eyes were pretty. She blushed and said thanks, he recounted.

Their accounts diverged after Radebe asked if he could kiss her. She later told the college’s Title IX investigator that Radebe forcibly kissed her, pushing her to the bed and trying to remove her clothes. But in a separate complaint the accuser filed to the police department, she admitted to consenting to the kiss.

(Radebe has not provided the police report to The Fix, saying he is unsure if the investigation is still open.) About a minute into their kissing, she pulled away and told Radebe to get off her and that she had to leave, he said.

Confused, he asked several times what was wrong and what he had done. The girl told the investigator Radebe kept her in the room by continuing to talk to her and blocking the exit. Radebe claims he got off of her by that point and asked again what he did wrong. The girl told him they would need to be closer before taking the next step, he recounted.

Radebe said he wanted the relationship to work out, and she agreed but wanted to leave. He escorted her to the common room, where she again claims he was keeping her from leaving. They went outside to the parking lot, where Radebe and the girl agreed they would talk about meeting again soon.

Radebe texted the girl to check in the next morning, he told The Fix. She did not respond until the next day, texting that the incident made her uncomfortable and that she wanted to end things. The girl explained that she was anxious to the point of physical illness. Although Radebe responded that he would not force himself on her, she texted, “I can’t explain it. I’m mentally ill–simple fact about me. I have PTSD. Anxiety. Depression. Panic Disorder. ADHD. Anxiety is dehabilitating [sic] for me.”

“I believe the unrelated PTSD she confessed to be suffering from may have had a bearing on her hyper-reaction” to their intimate moment, Radebe told The Fix. Radebe said that the girl told the police she was not sure if there was anything to report. She had only reported the incident six days after it occurred.

Her mother had convinced her to file the complaints, claiming she could not give consent at age 17. Washington’s consent age is 16, regardless of the older partner’s age, however. (Radebe is now 25.)

On Nov. 30, two weeks after Radebe met the girl, college officials came to his apartment and informed him of the complaint.

Because the girl went to both the school and local police, he faced two separate investigations. Along with the initial shock of learning the girl had filed a complaint about him, Radebe said he felt terrified.

The officials moved him to a hotel room while the investigation was under way, because he was an international student. “My mind was in a fog and I could hardly believe my situation,” he said.

RELATED – CLAIM: Student accused of rape told not to seek counseling because his accuser had priority

On Dec. 5 – five days after being kicked off campus and not knowing what his accuser told the school – Radebe said the Title IX investigator informed him that he had violated Title IX and could submit an appeal within seven days.

Though the Department of Education’s Office for Civil Rights has said that a typical college finishes its investigation in 60 days, ECC made not one but two decisions in a little over a week – with disastrous results for the non-citizen Radebe.

On Dec. 10, the school informed Radebe that the charge stood, he would be suspended for three years and his visa would be revoked. ECC arranged for him to fly back to South Africa three days later.

Happy finals week, Tritons! May your studying be thorough and your caffeine levels high. You can do it!

A photo posted by Edmonds Community College (@edmondscommunitycollege) on Mar 14, 2016 at 12:24pm PDT

On Dec. 11 – one day after ECC’s decision – the completed police investigation cleared Radebe of the charges. It was too little, too late. It’s not clear whether the police asked ECC to briefly delay its decision, as police sometimes do, in order to collect evidence.

As Radebe packed up his belongings in the following days, he tried to reach the Title IX coordinator to show her the police investigation. He told The Fix could not reach an attorney or legal experts before he left the U.S. because their offices were closed on the weekend.

“The college refused to take into consideration the police’s findings after ‘finalizing’ their decision even when it was repeatedly made available to them before I left,” he said.

You’ll get a response ‘shortly’

Radebe had no choice but to leave the country and seek justice from more than 10,000 miles away.

“This whole experience was emotionally very painful. I was stuck in a hotel, in a foreign country on my own, barred from campus and access to my friends (to whom I never got to say good bye properly),” he said.

A photo posted by Edmonds Community College (@edmondscommunitycollege) on Mar 22, 2016 at 1:52pm PDT

From the moment Radebe returned to his family in South Africa, tension has cast a shadow over his household. Not only did he have to explain what led to a suspension, but what Title IX was.

“They had high hopes for me,” he said.

His job and academic opportunities have since dwindled, and he has traded in study sessions for legal consultations.

After returning to South Africa, Radebe got in touch with legal experts and submitted a reconsideration request to ECC with the police investigation results. The Title IX coordinator replied that the request would be processed and he would receive a response “shortly,” Radebe told The Fix.

That was almost two months ago, and he has not gotten a response despite his calls and emails to the coordinator, he said. Radebe calls the investigation “unjustifiably long” given that the original investigation and appeal had taken less than two weeks.

Three high-profile sexual assaults at the college made the news – one in January and two in May 2015 – but Radebe’s incident appears to be completely off the radar.

Edmonds Community College spokeswoman Marisa Pierce declined to comment to The Fix about the incident, citing the Family Educational Rights and Privacy Act and the advice of a state assistant attorney general.