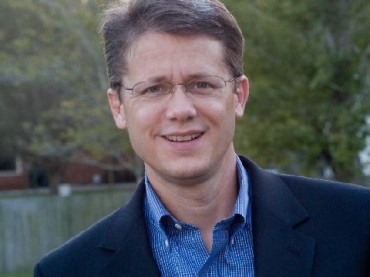 A University of North Carolina-Wilmington professor who says he was denied a promotion because of his Christian, conservative beliefs is pleading his case to a jury this week.

“Universities are supposed to be a marketplace of ideas, not a place where professors face retaliation for having a different view than university officials,” stated Alliance Defending Freedom attorney Travis Barham, who represents Dr. Mike Adams in a civil trial that launched Monday in a U.S. District Court in Greenville, North Carolina.

“Disagreeing with an accomplished professor’s religious and political views is no grounds for denying him a promotion.”

The trial was granted last year by a federal court that determined there was enough evidence for the case to go forward, ruling the First Amendment protects the views of Adams, a criminology professor whose opinion columns were unpopular and disliked by many of his administrators and peers. The case, originally filed in March 2010, has been fought over in the courts for the past four years, but is expected to be settled soon.

Adams was hired by the university in 1993 as an assistant professor of criminology. He was a self-described atheist at that time.

In 2000, however, Adams reconsidered his atheism and became Christian. His conversion led him to publicly speak out on conservative issues, including through a column on Townhall.com.

“After this, he was subjected to intrusive investigations, baseless accusations, and the denial of promotion to full professor even though his scholarly output surpassed that of almost all of his colleagues,” according to the professor’s attorney, who assert the university “denied Adams a promotion because his nationally syndicated opinion columns espoused religious and political views that ran contrary to the opinions held by university officials.”

Adams’ radical conversion had been noted by many of his colleagues. The lawsuit contends his views began to “cause tension across campus,” so much so that his interim department chair “suggested that Adams alter his ‘tone’ to sound less ‘caustic.’”

His first incident came in 2001, in which a student claimed harassment and fear of safety after an email exchange, which according to the suit went as follows:

“On September 15, 2001, a UNCW student sent an email to a number of students and faculty members, including plaintiff, blaming the September 11 attacks on U.S. foreign policy. Plaintiff responded two days later, calling the student’s email ‘bigoted, unintelligent, and immature,’ but noting that the Constitution protected her writing, just as it protected his response.”

This incident did not receive public attention until Adams went on the Hannity & Colmes show on Fox News to discuss the matter. The student threatened legal action, but the university dealt with it internally.

In 2003, Adams began writing for Townhall.com. The fallout from some university administrators was quick:

“In September 2003, plaintiff began writing a column for the website Townhall.com. His column focused on the cultural and ideological climate on university campuses… It also showcased plaintiff’s conservative religious beliefs. Soon after plaintiff started writing the column, university administrators and faculty members were inundated with a flood of complaints from upset readers, including potential donors …”

Despite the difficulty amongst colleagues, Adams continued to receive high marks on his reviews and evaluations in 2003, according to the suit.

In 2004, Adams faced other incidents. The suit alleges that the department secretary was so upset about Adams that he was asked not to speak about his columns at work. At the same time, he was mocked by the university community in the campus student newspaper, called “a wannabe right-wing pundit,” “mentally unbalanced” and a “pathological liar.”

In 2006, Dr. Adams applied for full professorship at University of North Carolina at Wilmington. He was promptly denied by the university.

The university claimed that his “scholarly research” was their main concern as to why they denied his appeal. The review board seemed to agree on the three other requirements: service, advising and teaching. One professor claimed that his research was almost “non-existent,” and several others had problems with him speaking at forums that had nothing to do with his specialty. However, in the suit, a 2004 review claimed that:

Plaintiff had one article published in 2004 in an excellent peer-reviewed journal. He had one other article submitted for publication. His colleagues ranked this as ‘good,’ which was about average in the department.

Dr. John S. Rice (“Rice”) believed that plaintiff was strong in the teaching category but that his research record was less impressive. Rice was concerned that plaintiff’s production had decreased since tenure, and he lamented the fact that all but one of plaintiff’s refereed publications were co-authored (noting that, in his experience, “a single authored article often requires more time and research effort than a co-authored piece,” and that “[f]aculty reviewers tend to credit single authored publications more.”)

The faculty also reviewed his columns, and Rice gave Adams credit for being influential in conservative circles, but “had difficulty recognizing [plaintiff] as a scholar within our field” because he had not, in Rice’s opinion, developed a national reputation in sociology, criminology, or criminal justice. Furthermore, the suit states that Rice suggested that the opinion columns did not constitute service to the department or university.

Another review member echoed similar sentiments, opining that Adams “did not meet the ‘service’ criterion for promotion due to his lack of participation in university and department activities in recent years.” Despite this negativity, the reviewer leaned toward a yes vote for full professorship.

To be promoted to full professor, applicants must offer substantial contributions to their discipline, according to university guidelines.

“Although a candidate for the rank of professor is usually expected to present more tangible evidence of accomplishment than that of the associate professor rank, the difference in artistic and research expectations for a full professor is not solely quantitative,” the guidelines state. “Greater quality, maturity, significance and originality of artistic achievement or research accomplishment are expected at this rank.”

But the suit suggests the idea of what scholarly research means is debated:

As department chair, defendant Cook at one point advised a new faculty member that the research criterion of the “tenure/promotion standard” had no specific numeric requirement. However, she explained that to remain on “Graduate Faculty status” required a “lower limit” of one peer-reviewed journal article every two years, with a “higher expectation” of one peer-reviewed journal article per year.

Even the interim chair stated in her deposition that there is “no magic number of publications for promotion to full professor, and that the focus was on what the professor had done since the last promotion.”

The trial is expected to conclude today.