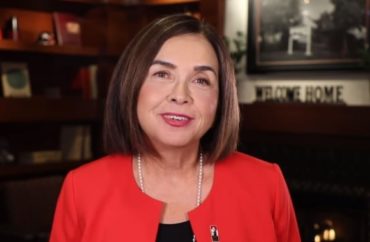 When Dr. Adela de la Torre took over the helm of San Diego State University in June of 2018 she was heralded as the institution’s first female president — and its first Latina one. Yet under her short leadership tenure, the school has faced a flurry of top-level resignations, and she has been accused of political bias, out-of-control spending, and poor leadership skills.

The accusation came soon after Nail decided to leave his position at SDSU less than two years on the job to become a dean at the University of Texas Rio Grande Valley. According to Nail, de la Torre made the political claim when he informed her of his decision, the Los Angeles Times reported.

Nail also added that de la Torre told him: “If you’re not a Democrat and you don’t support unions, there will be no place for you in education in California.”

In a statement sent to The College Fix by SDSU’s campus spokesperson La Monica Everett-Haynes, de la Torre noted that while SDSU does not comment on personnel actions, she “unequivocally denies the statement.”

“Furthermore, any sentiment that is exclusionary to one group or identity is out of alignment with my values. Diversity and inclusion have been a focus and priority at every level during my presidency, meaning I appreciate the identities and perspectives of every one of our students, faculty, and staff,” de la Torre stated. “These values are reflected in our mission statement, are strongly embedded in our strategic planning process and underscore how we approach one another as community members.”

The university also told The College Fix that they appreciated Nail’s contributions as dean of the SDSU Fowler College of Business and wish him the best at his new position in Texas.

When asked by The College Fix for comment on the situation, Nail wrote via email it is now out of his hands and that he is looking forward to working at a new university that has a “visionary president.”

“I reported the matter to the proper authorities back in California and will leave it to them to address the issue,” Nail told The Fix. “I am now at a great university with a visionary president and I want to focus my attention on making [the University of Texas Rio Grande Valley] and the Robert C. Vackar College of Business and Entrepreneurship even stronger.”

Stuart Hurlbert, professor of biology emeritus at SDSU, told The College Fix that he believes Nail. He claims that under de la Torre, SDSU administration has drastically shifted toward a left-leaning ideology.

“As a professor at SDSU since 1970 and outspoken opponent of unethical actions by past and present SDSU administrators, I can affirm that ex-dean Lance Nail is correct. As a result of the hiring of De la Torre the SDSU central administration has never before been so uniformly far left or illiberal as it is now,” Hurlbert told The College Fix.

“What Nail may not have understood is that De la Torre is only doing what she was hired to do: use the tricks she learned during her years at UC Davis to circumvent the California Constitution’s proscription on the use of race and sex preferences in student admissions and hiring of faculty and staff.”

What’s more, Nail’s departure is no outlier. The San Diego Union Tribune reports that six San Diego State University executives have announced that they are leaving the campus for other schools, jobs or retiring — and “all of the changes have occurred in the past six months and mark a high degree of turnover during Adela de la Torre’s first year as president.”

“The departures include two deans, an acting associate dean, the director of the School of Accountancy, the university’s chief fundraiser, and SDSU’s enrollment director,” the Union Tribune reports. “It is not clear whether de la Torre asked one or more people to leave, or whether the executives sought change.”

Most of the officials departing SDSU declined to comment to the UT, and one professor said the parade of departures is concerning faculty as it “suggests that there’s chaos at the top of the university.”

In February of this year, SDSU rolled out a campuswide diversity initiative in order to combat faculty microaggressions, reduce bias, and increase diversity among newly hired staff. According to J. Luke Wood, associate vice president for faculty diversity and inclusion at SDSU and leader of the new diversity initiative, the project’s goal is to be responsive to President de la Torre’s vision for more diversity at the school.

De la Torre became SDSU’s first female and Latina president in June 2018 after serving as the vice chancellor for student affairs and campus diversity at UC Davis. She also served as director for the UC Davis Center for transnational health, where she focused on studying Latino community health.

She was criticized in April of this year for the $162,000 cost of her inauguration celebration. A staff editorial in The Daily Aztec campus newspaper pointed out:

But let’s assume that somehow, SDSU managed to ensure that absolutely no part of de la Torre’s inauguration was made possible with money that originated from students — an unlikely endeavor. OK, great. How many students’ tuition could have been paid for with $162,000? How many students’ rent could have been covered with that kind of money? Spending that much money on pomp and circumstance at a university where most freshmen are expected to spend at least the cost of a used Hyundai Elantra on housing for just their first year is not a good look.

Then there’s the medallion de la Torre was presented with at the inauguration.

The inauguration webpage says she paid for the $5,000 medallion out of her own pocket. We think it’s awesome that she didn’t pass along the cost of a frivolous piece of glorified jewelry to students. We also think it was awesomely shortsighted of her not to consider that advertising the mere fact that she has $5,000 to drop on a shiny object makes her look comically out of touch.

Piling on, an opinion column in the Times of San Diego written by English Professor Peter Herman pointed out that the event was “sparsely attended,” and this despite the fact that “faculty were inundated with emails ‘suggesting’ that we hold an ‘informal’ day off so students could attend, most declined to cancel, and most students went to class.”

“Looking at the list of approved budget requests, it’s hard to not to think of the administration as kids set free in a candy store, grabbing what they want to fund their favorite projects,” Herman wrote, noting that meanwhile an important sewer upgrade for the library was denied.

He wrote there are budget concerns at SDSU that loom large.

“How serious is this? Serious enough that the College of Extended Studies’ American Language Institute (which teaches ESL) suddenly laid off 12 full-time instructors, a program director and an assistant program director. Many had worked at SDSU for over twenty years. None had any warning, some were hired back as hourly workers at a lower salary and without benefits,” the professor wrote. “In other words, they were treated abysmally. And yet, in her latest ‘fireside charla’ podcast, President de la Torre talks about ‘compassionate leadership’ at SDSU. Not exactly what happened here.”

De la Torre has faced her fair share of criticism in the past. Writing in City Journal in February 2018, conservative scholar Heather Mac Donald pointed out de la Torre’s hiring represented how “the diversity bureaucracy has finally swallowed an entire college.”

Mac Donald noted that de la Torre “is a peerless example of the intersection of identity politics and the ballooning student-services bureaucracy.”

As vice chancellor of student affairs and campus diversity at UC Davis, de la Torre presided over a division made up of a whopping 28 departments—not academic departments, but bureaucratic and identity-based ones, such as the Lesbian, Gay, Bisexual, Transgender, Queer, Intersex, Asexual Resource Center; the Center for African Diaspora Student Success; the Center for Chicanx and Latinx Student Success; the Native American Academic Student Success Center; the Middle Eastern/South Asian Student Affairs Office; the Women’s Resources and Research Center; the Undocumented Student Center; Retention Initiatives; the Office of Educational Opportunity and Enrichment Services; and the Center for First-Generation Student Scholars. This gallimaufry of identity-based fiefdoms illustrates the symbiosis between an artificially segmented, identity-obsessed student body and the campus bureaucracy: the more that students carve themselves into micro-groups claiming oppressed status, the more pretext there is for new cadres of administrators to shield them from oppression. (The causation runs in the opposite direction as well: the very existence of such identity-based bureaucracies encourages students to see themselves as belonging to separate tribes.) The admission of students who do not share the academic qualifications of their peers also creates a vast bureaucratic genre of retention services, one now taking aim at traditional pedagogy said to handicap underrepresented minorities. …

The American university is becoming an appendage of the identity bureaucracy and identity studies. If the mission of higher education is no longer knowledge, but social justice, an emphasis on diversity, and indoctrination in “anti-racism,” then SDSU has made the ideal hire.

More from her past: according to the newspaper in the city of Davis, where de la Torre used to work at UC Davis, she faced an ethics investigation there, but was cleared.

“During a tumultuous period at UCD in 2016, while former Chancellor Linda Katehi was being investigated by the UC Office of the President for policy violations, de la Torre also faced an investigation related to pay increases and promotions given to her. Katehi’s daughter-in-law, Emily Prieto-Tseregounis, is assistant vice chancellor of student affairs and de la Torre’s chief of staff,” the Davis Enterprise reported.