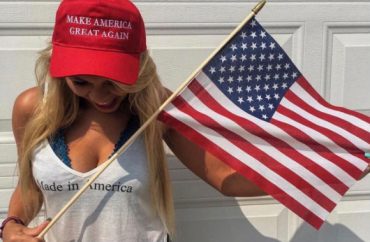 The University of Michigan can punish a student for publicly criticizing the Catholic Church’s teaching on a male-only priesthood, according to a first-of-its-kind lawsuit intended as a shot across the bow at bias response teams on campus.

It said the university’s vague policies on harassment and bullying – and a pending provision on “bias-motivated misconduct” – violate the First and Fourteenth Amendments.

The bias response team is also unconstitutional for its “elaborate investigatory and disciplinary apparatus” that aims to “suppress and punish speech other students deem ‘demeaning,’ ‘bothersome,’ or ‘hurtful,’” according to Speech First.

The University of Michigan should have known that its policies would be challenged in court, given that the same federal court struck down a “previous iteration” of a UMich speech code in 1989, the group says.

The lawsuit uses UMich President Mark Schlissel’s words against him, citing his remarks to students after Donald Trump’s election that suggest Schlissel (below) views a vote for Trump itself as a punishable act of bias.

MORE: For $5, Speech First will help you sue your university for censorship 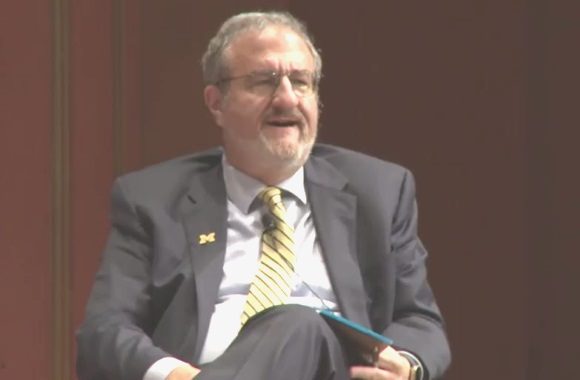 ‘Ninety percent of you rejected the kind of hate’ Trump advocates

According to its generalized public log of reported bias incidents, since April 2017 the UMich bias response team has investigated more than 150 reports of “expressions” of bias, whether written, verbal or “electronic.”

Speech First says the university defines bias as “a pre-formed negative opinion or attitude toward a group of persons who possess common physical characteristics, such as skin color; or cultural experiences, such as religion or national origin.”

Such bias “often stems from fear, misunderstanding, hatred, and stereotypes, and may be intentional or unintentional,” according to the university. It tells students to judge bias incidents based on “your own feelings.”

Citing the Catholic Church’s teaching that bars women from the priesthood, the suit claims that “under the plain text of these definitions” the university could investigate and punish a student if “she gives a speech sharply criticizing the Catholic Church and its adherents for not allowing women to become priests,” or hands out fliers on campus saying that.

“The speech or fliers would be an ‘activity’ based on this student’s ‘negative opinion’ of the Catholic Church that could be seen as ‘hurtful’ to the ‘feelings’ of students who share the ‘cultural experience’ of belonging to the Catholic faith,” according to Speech First.

President Schlissel’s comments about Donald Trump’s election could even be reported for “hatred” against a group based on its “cultural experiences” – Trump voters on campus.

A defendant in the lawsuit along with several other UMich officials, Schlissel gave a speech to 1,000 gathered students on election night in 2016 that seemed to equate support for the new president elect as “hate.”

He told them (below) “your voices worked out to be a 90/10 decision in favor of the unsuccessful candidate [Hillary Clinton] yesterday,” which means “ninety percent of you rejected the kind of hate and the fractiousness and the longing for some kind of idealized version of a non-existent yesterday that was expressed during the campaign.”

Last month the university amended its “statement of student rights and responsibilities” to include “bias-motivated misconduct” as a “separate and independent offense that can enhance the penalties” for violations such as bullying and harassment, the suit says. The new provision takes effect July 1.

“This amendment to the statement,” the suit says, “makes crystal clear that the university intends to use its formal disciplinary apparatus to punish students deemed to have engaged in ‘bias.’”

Nicole Neily, president of Speech First, told The College Fix in an email Wednesday the suit was in “advanced planning stages” when its members flagged the new bias-motivated misconduct offense last month.

Much of the suit details the different areas where the bias response team is called in to investigate, including speech on social media platforms and off-campus, with penalties “up to and including expulsion.”

Because UMich encourages students to report instances of bias based on their perceptions, “the most sensitive student on campus effectively dictates the terms under which others may speak,” according to the suit:

A student who voices a controversial or unpopular opinion—or who seeks to use humor, parody, or satire when discussing sensitive topics—could face severe punishment up to and including expulsion if even one other student perceives that speech to be “demeaning” or “bothersome.” Put differently, students must be certain before speaking that their words will not be perceived as offensive by even the most sensitive student on campus.

This creates chilling effects against students “speaking openly and forcefully about matters of public concern,” and against their “right to be exposed to speech and expression that is … stifled” because of UMich policies.

‘Credible threat’ against conservatives for speaking their minds

The bias response team doesn’t just respond to bias, but also has a division aimed at the prevention of bias, the suit says.

The group says three Speech First members, all males at UMich, are being injured by the policies because they face a “credible threat” they will be investigated and punished by the bias response team if they openly share their views.

Their views include opposition to abortion and “gratuitous insertion of identity politics into discussions of topics such as Shakespeare’s plays,” as well as support for a border wall and gun rights and skepticism of gender transitioning.

The suit also quotes several other unidentified UMich students, some from minority groups, who claim the campus is inhospitable to certain views. It doesn’t cite the sources for these statements, but they all appear in the 68-page #NotMyCampus letter that was circulated after Schlissel’s post-election remarks, signed by nearly 400 students and alumni.

“Indeed, Defendant Schlissel has prominently announced that certain political views, such as some of the views held by Students A, B, and C, are tantamount to ‘hatred,’” the suit says.

Speech First is seeking a declaratory judgment that the harassment and bullying policies, the new “bias-related misconduct” provision, and bias response team prohibitions violate the First and Fourteenth Amendments.

It also wants a permanent injunction against the university and bias response team being able to “investigate, threaten or punish” students through the policies, even with “restorative justice” or “individual education.”

“Because it’s impossible to know what comments might be ‘perceived’ by others as offensive, students don’t contribute to conversations and debates, ask questions, write papers, or invite speakers they might otherwise,” Speech First President Nicole Neily said in an email statement: “This is not a real educational experience, and Michigan students deserve better.”

MORE: The best bias response team has no power to do anything

Wall Street Journal editorial writer Jillian Kay Melchior wrote Tuesday that two years ago, she tried to obtain “a year’s worth of bias reports and the notes from any investigation or response” to flesh out the “bare-bones” log published by the university.

Melchior gave up when the school demanded $2,400 for these public records, but the public log shows that a university employee was reported to that person’s academic department and several other incidents were referred to Title IX officials.

Melchior thinks bias response teams react swiftly to even “obviously silly or trivial incidents” because they are “often composed of administrators whose jobs depend on the assumption that bias is widespread.”

They are “bad cops with everything to lose, creating a bias toward finding bias,” she said.

In a statement to Melchior, university spokesperson Kim Broekhuizen said that the bias response team had operated “for a number of years,” and denied that its existence had “chilled speech” at the public university.

UPDATE: Speech First responded to a Fix query on the timing of its lawsuit after this article was published. President Nicki Neily’s comments have been added. The source of the unidentified student statements about the campus political climate has also been added.