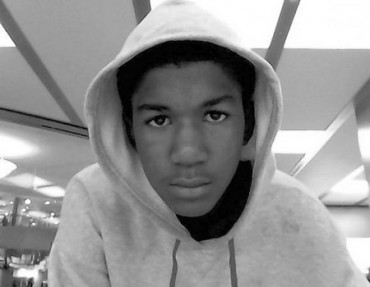 At least two student-run newspapers printed controversial editorial cartoons this week about the Trayvon Martin shooting. Both newspapers faced harsh criticism for printing cartoons that were deemed by some to be insensitive, and even racist. Let’s see how the editors of these newspapers reacted.

The cartoon printed in the Tar Heel provoked several furious letters to the editor, some of which called for changes at the newspaper because of it. According to one letter:

As a result of publishing this cartoon, one is forced to question the DTH’s integrity, maturity and sensitivity to issues affecting many students, and the general public.

In response, Editor-in-chief Steve Norton wrote a column that strongly defended the newspaper’s decision to run the cartoon:

I stand by it, despite the fact that many people — including my editorial board — believe that this nationally syndicated cartoon should not have run in the DTH.

I believe it raises legitimate points concerning the Martin case by calling attention to the absurdity of the situation: Zimmerman’s defense, the police response (or lack thereof) and Florida’s so-called stand your ground law.

And as editor-in-chief, I take final responsibility for the content of this newspaper, including what appears on the opinion page.

While Norton disagreed with aspects of the cartoon, and regretted the hurt feelings it caused, he stood by it.

Now, let’s examine the situation at The Daily Texan, the student newspaper of the University of Texas at Austin.

The Daily Texan cartoon provoked a huge outcry on Twitter, Gawker, and other blogs. University professors, administrators, and students also expressed their outrage. Here is the cartoon.

And Here is the response from the newspaper’s editors:

On Tuesday, a cartoon ran on the Opinion page of The Daily Texan that offended many readers, and we sincerely apologize for our decision to run it.

The cartoonist, Stephanie Eisner, no longer works for The Daily Texan.

In other words, not only did the editors apologize for the cartoon; they also fired its creator. But that wasn’t the end of the statement:

The Daily Texan will hold an open forum in the coming weeks to raise consciousness of race and diversity both at the Texan and on campus. We will require all Daily Texan employees to participate in a seminar each semester about the relationship between race and the media. We will also seek out and publish opinions that truly represent the views of the entire campus community. We understand these are only small steps in the much larger transformation we must undergo.

We sincerely apologize for publishing the offensive cartoon and for the harm that decision caused.

So there are the responses from the two newspapers, The Daily Tar Heel and The Daily Texan. One of them was brave, commendable, and in keeping with the philosophy of an open-minded and relevant newspaper. The other was cowardly, craven, and indicative of an institutional disregard for journalistic integrity.

These latter attributes apply to The Daily Texan. That its editors would condemn their own newspaper’s social commentary the second it faced any criticism is bad enough. That they would also fire a staff member for expressing a valid opinion that some people didn’t like is even worse. But perhaps the most troubling aspect of their disgusting apology was the promise at the end: fundamental, transformational change.

Henceforth, the Texan will only publish opinions that offend no one, provoke no one, and force no one to reconsider their beliefs. I suspect that this appeasement policy will be applied unevenly, as college newspapers often don’t mind offending conservatives so long as no one in the Department of Sociology gets his or her feelings hurt. But no matter how consistently practiced, it is dead wrong for a student newspaper to reorient itself toward inoffensiveness. Such a newspaper will become irrelevant, while also inevitably failing at becoming inoffensive.

The Daily Texan did not respond to requests for comment.