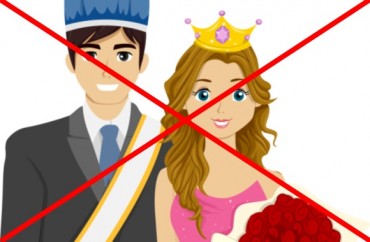 The University of Minnesota has become the latest university to do away with the traditional Homecoming King and Queen titles and replace them with the gender-neutral “Royals” term.

Taking it one step further, University of Minnesota officials also point out that the winners don’t even have to be one biological male and one biological female, stating on its website: “‘Royals’ … can be any combination of any gender identity.”

Campus officials called the change a move “toward gender inclusivity” that promotes “a spirit of inclusion at the University of Minnesota.”

“This change allows the University to select the best student representatives for the U of M based on campus and community involvement — regardless of gender,” the website states.

Indeed, the entire Homecoming Court at U-Minn. will follow the same concept.

“As in past years, the U will name 10 students to Homecoming court, only this year the mix won’t necessarily be five men and five women. Those 10 will be paired at random to compete in pre-Homecoming events, and their performance, along with a university-wide vote, will determine the two royals,” the Pioneer Press reports.

Allyson Taubenheim, the marketing manager for the university’s Student Unions & Activities, told The College Fix via email that moving forward for the October 2017 festivities, “King and Queen will not be titles — U of M students will be crowned as ‘Royals.’”

“There was not a specific incident that caused [Student Unions & Activities] to make the switch,” Taubenheim stated.

“We are excited about this change,” she added. “Our student body is made up of very diverse population that shouldn’t be limited by gender identity. Other colleges, universities and even high schools have made similar changes. We look forward to crowning two students who respectfully represent the university’s values, connect with the diverse members of the university community, and have excellent school pride.”