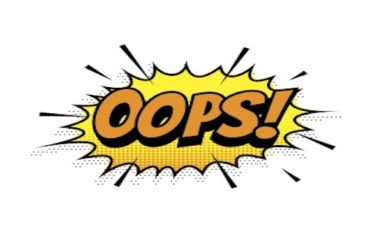 A member of the University of Minnesota student government, apparently a minority, took to social media early last week to blast campus police for racially profiling him during a late-night stroll.

According to The Minnesota Daily, the student was approached by two UMPD officers around 2 a.m. on Monday because he appeared to match the description of a suspect involved in a robbery earlier that night.

The Daily is not releasing the student’s name “due to his concerns of retaliation.”

The student wrote an extensive Instagram post complaining about being profiled, and pondered if he’d have been shot had he made “one sudden move.”

I was returning back home when I saw that there was a police car. Instinctively, a couple thoughts rushed to my mind: breathe, head up, don’t walk too fast – not too slow, be normal. I took my mask off, I took my cap off, and I made sure that if anything happened that they were able to see my face. Next to me, there was a white man with his mask off, walking his dog, wearing a black coat as well. I felt safe that there was another presence there and could see the cop cars at the corner of my eyes.

I turned the corner around 5th and 12th and saw sirens going off. Immediately, squad cars pulled on all the sides and cornered me where I couldn’t escape or speak. The cop got out of his car and asked me all sorts of information, but the only thing I could think of was: what did I do wrong other than the fact I was a brown man. There were two cops behind me – hands on their guns. I had my hands up and was struggling to find the words I always had thought I’d say if I was EVER in that situation but all I could think of: one sudden move and I would be shot.

I was able to show the officer my University ID saying that I was a university student just trying to clear my mind by taking a late night stroll but they wouldn’t believe me. After multiple questions, they turned off their lights and left me alone: no apology, no explanation, nothing. Just me: mentally and emotionally tormented with an experience that will last a lifetime.

The student concluded his story by saying his experience was “brutal” and the “most traumatic thing [he had] ever experienced from the people who are supposed to be there for [him].”

He added “No. Defund these bastards.”

Powerline notes the student’s post “elicited so many responses that the University’s Department of Public Safety felt compelled to respond by releasing the video of the encounter.” But this led to a slight problem: His tale appears totally fabricated.

As Powerline’s John Hinderaker notes, “First, when they stopped the guy to talk to him, the officers thought he was white. Second, the officers couldn’t possibly have been more mellow and polite. Third, the student was so traumatized that he asked the officers to give him a ride. They politely declined, since they were still looking for an armed robbery suspect.”

“If this is police brutality, we should have more of it.”

News Talk 1130 has a written transcript of the encounter.

Amazingly, the only description of the cop-student interaction offered by The Minnesota Daily’s Ava Thompson is as follows: “In the video, the student tells officers he is a University of Minnesota student and offers to show his student identification. An officer then says he believes the student and that he was ‘good to go.’”