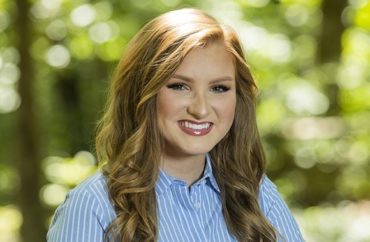 The first hard copy of an upstart conservative college newspaper at the University of Alabama plans to tackle the rise of “diversity, equity and inclusion” at the cost of the preservation of tradition, the editor-in-chief told The College Fix.

The inaugural print issue will focus on “the fall of tradition and the rise of DEI in its place,” Ginger Morrow, Capstone Free Press editor-in-chief and co-founder, told The Fix via email on December 12.

“I think the true test of if we are here to stay will be the reaction to the print issue, so I am really looking forward to publishing that,” Morrow (pictured) told The Fix.

Morrow had written for The Crimson White, the university’s century-old independent student newspaper, from September 2021 to January 2022, according to the paper’s archives. However, as a conservative-minded student, Morrow felt unwelcome there, she stated.

The Crimson White “is very obviously run by left-leaning students,” she told The Fix. She “absolutely felt” she “had to conceal [her] political beliefs to maintain pleasant working relationships with CW editors.”

Morrow resigned from The Crimson White in February. In March of this year, she helped launch the Capstone Free Press, an independent, right-leaning publication that receives no funding from the university, according to its “About Us” page.

Capstone Free Press is an “outlet through which [UA students] may submit their own opinions for publication without fear of political discrimination,” according to its website. It has a staff of eight, headed by Morrow.

The paper broke the story of the “Delete Dixie Initiative” at UA, a “multi-departmental campaign to remove ‘Dixie’ and gendered language from the [school] fight song,” according to an October 9 article by Morrow.

The paper also covered in several articles conservative activist Matt Walsh’s October visit to campus and screening of the documentary “What is a Woman,” which incited protests and counter-protests.

The Fix reached out to The Crimson White for comment to ask how it reacted to the paper’s launch as an alternative and whether it has any comments on its content. Bhavana Ravala from The Crimson White responded that the paper has no comment on either topic.

“CFP came about through a partnership with Intercollegiate Studies Institute,” Morrow wrote in a “Letter from the Editor” posted on the publication’s website on March 27.

“ISI’s mission is to ‘inspire college students to discover, embrace, and advance the principles and virtues that make America free and prosperous,’ and they execute that mission by connecting aspiring conservative journalists with existing news outlets or helping such students start their own,” Morrow wrote.

“The University of Alabama’s chapter of ISI began in 2021, and shortly thereafter, ISI leadership approached us with the opportunity to start a conservative student newspaper on our campus–the only one of its kind in the state,” she continued.

Conservative students’ discontent with The Crimson White was so strong that Morrow “enthusiastically took charge” when the ISI’s Collegiate Network offered to help launch an independent, politically alternative paper at UA, she told The Fix.

The Crimson White editorial board revoked its endorsement of university student Sarah Shield for student government association president in a March 2022 editorial after “a picture of [her] at a Young America’s Foundation conference in November 2020 resurfaced,” they stated. The editors denounced YAF, calling it “an institution of bigotry and extremism.”

“From endorsing Joe Biden in 2020 to un-endorsing a YAF-associated SGA candidate, [The Crimson White] has made it clear that the only students they really represent are on the left side of the aisle,” Wyatt Eichholz, Free Press writer and the university’s Young America’s Foundation president, wrote in an op-ed on October 20.

ISI’s Collegiate Network praised Capstone Free Press in an email on on December 15. “We are proud of the excellent reporting they’ve published since launching this year,” Bridget Ruffing, program officer at the Collegiate Network, told The Fix. “They are doing good work and are off to a great start.” 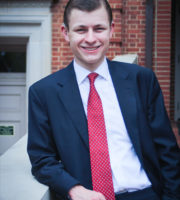 About the Author
Declan Hurley
College Fix contributor Declan Hurley, a North Carolina numismatist, is a student of economics at the University of Chicago. He is the vice president of the Chicago Thinker, UChicago's right-of-center student journal.