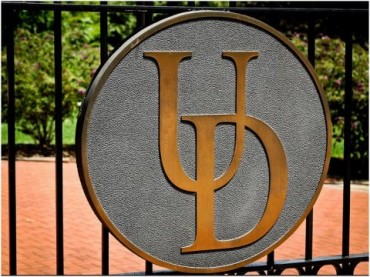 Here’s a textbook case of attempted intimidation: A congressman requests a broad range of records from a university about a professor whose views he dislikes.

You’d think some schools would fight the request if it’s a conventionally liberal professor, and acquiesce if it’s someone who leans right.

The University of Delaware showed its integrity by not making distinctions.

The Foundation for Individual Rights in Education notes that the school only complied with a “narrow portion” of an extraordinarily broad request from Rep. Raul Grijalva, D-Ariz., ranking member of the Natural Resources Committee, seeking records about climatology professor David Legates.

Inside Higher Ed expands on why Legates is a target:

Legates specializes in statistical methods, specifically related to precipitation, and has been a vocal critic of the general scientific consensus that climate change is a result of humans. He’s also alleged — including in Congressional testimony — that climate change science “dissenters” are systematically “silenced” by threats to their careers.

Grijalva says he’s simply trying to protect the integrity of research by tracking funding sources – such as oil companies – for such skeptics. This is among what he asked for:

The congressman also requested a detailed accounting of Legates’s sources of external funding, including consulting fees, “promotional considerations,” speaking fees, travel expenses and other compensation than his Delaware salary. For each item, Grijalva requested the source, amount, “reason” for receiving the funding, any and all communication about it, and, for grants, a description of the research proposal and copy of the funded grant.

Responding to the congressman, the school noted that its collective bargaining agreement with the union includes this statement from the American Association of University Professors:

“Academic freedom is the freedom of the faculty to teach and speak out as the fruits of their research and scholarship dictate, even though their conclusions may be unpopular or contrary to public opinion.”

It said the inquiries concerning Legates “intrude into areas that are protected by academic freedom.”

The school’s response “sends the message to those who might disagree with a researcher’s conclusions that records requests should be crafted narrowly to obtain specific information relevant to the integrity of the research in question; they should not include any proverbial spaghetti that a critic can throw at the wall,” FIRE said.

Read the FIRE post and Inside Higher Ed story.