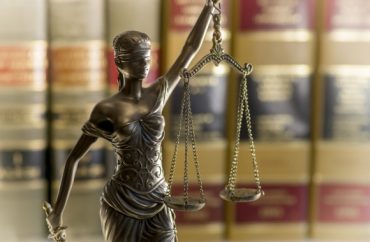 A College Fix analysis of how the University of Oregon student government divided its cash coffers among campus groups during the 2017-18 school year found that liberal student clubs received $250,173 compared to conservative ones, which were only allocated $1,540.

Put another way, liberal student causes were give 162 times more financial support at the public university than conservative ones, a difference of 16,200 percent, the analysis found.

The Associated Students of the University of Oregon is funded by mandatory student fees, and distributed about $1.08 million dollars during the last school year, according to a copy of the budget obtained by The College Fix.

The analysis of that distribution shows the money is being used to support and promote left-wing activism in student programs and on campus.

“The most frustrating organization on this campus is ASUO,” University of Oregon College Republicans member McKenna Sjoden told the Daily Emerald in May. “Their bias towards left-leaning groups does not go unnoticed, and obtaining funds for anything is impossible for groups like College Republicans and Turning Point USA.”

The College Fix completed its analysis by breaking all the campus groups funded by the student government into eight categories: liberal, conservative, academic, cultural, religious, arts, philanthropy and miscellaneous.

The final tally is broken down as follows:

Cultural groups that are typically left leaning were not included under the liberal category in this analysis. These groups included MEChA, Black Student Union, Black Women of Achievement, Multicultural Law Students Association and the Multi-Ethnic Student Alliance.

Philanthropy groups that also tend to lean left were not included in the liberal category. They include UNICEF and Circle K International, as well as the Men’s Center, which received $95,000 and is dedicated to “reconstructing masculinity.”

The conservative groups that received the $1,500 are the Students for Life and College Republicans, which received $1,040 and $500, respectively.

According to an emailed statement to The College Fix from a student government finance representative, the allocation of money is formulaic and pragmatic.

“Student groups are allocated money through the incidental fee paid for by students depending on the size of the group and past spending history,” the statement read. “For example, new groups are typically allocated a smaller amount than established groups, and if they demonstrate spending of 90% or above of their budget, they can request more funds the next fiscal year. Group are also funded by other sources on campus, like through departments, fundraising, donations, etc.”

But the bias in funding allocation has not been lost on students who attempted to get support for their pro-capitalism and free market group, Turning Point USA.

In January, Turning Point USA requested $3,000 for a keynote speaker, former 2016 Libertarian Presidential candidate Austin Petersen. But that request was denied by the Associated Students of the University of Oregon, according to an op-ed in the Daily Emerald.

Petersen was set to talk about free speech and free markets, and as such would bring diversity of opinion to campus. But the request was denied because Petersen at the time was running for senate in Missouri.

External ASUO Vice President Vickie Gimm said to the Daily Emerald, “ASUO cannot fund political campaigns, or candidates, if you look at GTN.” However, according to the GTN, or the Green Tape Notebook, “Fees may be used to promote appearances and discussions between several candidates for public office, in order to increase student knowledge of issues and candidates.” Seeing as how Petersen himself would be paid directly, and his campaign would not be the topic of his speech, no rules would be broken.

The public university’s media affairs team failed to respond to requests from The College Fix asking about the disparities in funding between left- and right-leaning groups.