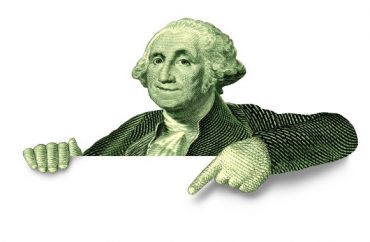 The department eliminated requirements in U.S., North American and European history, as well as the foreign language requirement. Thus, it is possible that a student can major in history at GWU without taking a survey course on United States history.

Earlier this year, the American Council of Trustees and Alumni released a report revealing that fewer than one-third of the nation’s leading universities require history majors to take a single course in U.S. history. George Washington University now joins those ranks.

“A democratic republic cannot thrive without well-informed citizens and leaders. Elite colleges and universities in particular let the nation down when the examples they set devalue the study of United States history,” ACTA President Dr. Michael Poliakoff said in a statement announcing the report.

Some scholars dismissed the report’s findings, however, arguing that most students enroll in U.S. history classes regardless of whether it’s required, so handwringing over the lack of the requirement is moot.

GWU History Department Chair Karin Schultheiss, several history professors, and the university spokesman did not respond to repeated requests this month from The College Fix for comment.

At GWU, history majors must take eight to ten upper level courses: one on a time period before 1750, and three on different regions of the world, including Europe, North America, Africa, Asia, Latin America, and the Middle East. Previously, students were required to take two courses focused on Europe and North America and complete a thesis or capstone project. Though the thesis requirement still exists, students can choose to complete “digital capstone projects” instead.

This change was motivated by a need to “recruit students” and “to better reflect a globalizing world,” according to faculty comments to the George Washington University student newspaper, The Hatchet.

Department chair Schultheiss told the Hatchet “the main gain for students is that they have a great deal more flexibility than they had before, and they can adapt it to whatever their plans are for the future. Whatever they want to do, there’s a way to make the history department work for them.”

The push for enrollment may also have been motivated by a new funding formula for GW’s colleges that began in 2016, the Hatchet reports. Money for each department is now linked to the number of students enrolled in a that major’s classes. Each school will now receive $301 for every undergraduate student in a class, incentivizing majors such as history to offer classes that will be popular.

Faculty said that the new system incentivizes the individual schools to create popular classes to attract students to boost revenue.