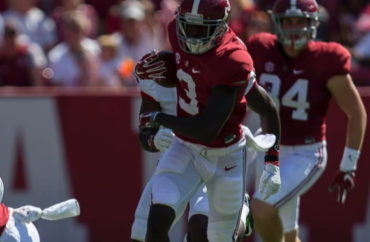 The University of Alabama has yet to make a statement regarding ongoing pressure to remove the word “Dixie” from its 100-year-old fight song.

The College Fix asked UA’s President Stuart Bell as well as its Strategic Communications Department for comment on multiple occasions during the fall semester but campus leaders refuse to weigh in on the controversy.

Meanwhile, those behind the effort recently pledged to keep the pressure on.

“We’re here for the long haul. If it takes two, three years, it’s not stopping,” said Professor Cassandra Simon, the leader of what has become known as the “Delete Dixie Initiative.”

Simon, a professor for the School of Social Work, teaches an “Oppression and Social Injustice” class, where the initiative first kicked off.

“Social work is about social justice, equity, trying to help all individuals fulfill their life’s potential,” she said in a Zoom interview with The College Fix.

She brought the idea to change the fight song to her class in the fall semester of 2021. The class’s advocacy project turned into the promotional video that is now up on the Delete Dixie Initiative website.

The first time Simon spoke publicly about the fight song was in 2013 when she won the Last Lecture Award. Last Lecture recipients are feted at an event during which they can give a lecture as if it were their last, covering any topic they feel is important or goes outside of what they teach about in their regular courses.

“In that Last Lecture, I brought up changing that fight song and how I thought it was so disgraceful to especially have [‘Dixie’] in the fight song when you are referring to bodies of predominantly black men,” Simon said.

Simon said the response to removing Dixie has been mixed.

She told The Fix she blames a lot of the backlash she has received on “the lack of our educational systems to teach a true and accurate history,” especially about slavery, civil rights, reconstruction and Jim Crow laws.

Simon said she feels the Delete Dixie Initiative falls in line with the university’s expanded strategic goals related to diversity, equity and inclusion.

“We’re here for the long haul. If it takes two, three years, it’s not stopping,” she said.

As for the future of the Delete Dixie Initiative, she said “after we feel comfortable with education and awareness and that enough of that has been done, then, like with any other form of advocacy, you start getting a little bit more public and a little bit more assertive in what it is you’re doing.”

Elizabeth Prophet and Eyram Gbeddy, two students working with Professor Simon on the initiative, told The College Fix recently that the DDI team had grown to include roughly a dozen students.

“For a campus like the University of Alabama that has had so many historical events of discrimination and oppression and racism on this campus, it’s important for our campus specifically to take a strong stance about where we stand on issues of diversity, equity and inclusion,” Prophet said.

“We have a goal, obviously, as the ‘Delete Dixie Initiative,’ to get rid of the word ‘Dixie,’ but if all we can say at the end of the day is we educated students, we made sure that they were at least making an informed decision, I think that’s a win in itself,” she said.

She added that even if less than a majority or only a slim majority want the change, “it’s the university’s responsibility to do what’s in the best interest of the entire university.”

News of the initiative was first reported in late September, followed by The College Fix and other national outlets in October. The university has declined to make a statement in every case. 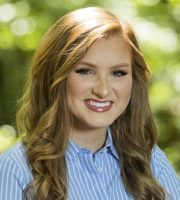 About the Author
Ginger Morrow
College Fix contributor Ginger Morrow is a student at the University of Alabama where she is studying political science and public relations. She founded and serves as Editor-in-Chief of Capstone Free Press, a conservative newspaper on the UA campus. She is chairman of UA College Republicans and serves on the College Republican Federation of Alabama Executive Board as editor of its monthly newsletter and biannual magazine. She has interned for Washington Free Beacon and the Tennessee Republican Party and hopes to attend law school after graduation.