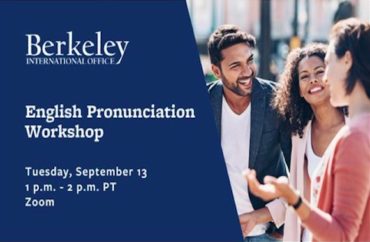 At least one former UC Berkeley academic is miffed at a once-per-semester “English Pronunciation Workshop” that helps international students with their language skills.

According to The Daily Californian, UC Berkeley PhD alumnus Alfonso Fierro and a few followers took to Twitter late last month to express their misgivings.

“I wish Berkeley would stop offering (and oftentimes mandating) this kind of workshops [sic],” Fierro tweeted. “Having an accent is ok, does not mean you don’t speak the language.”

Fierro (pictured) told the student paper it was “concerning” to him the workshop’s announcement indicated it would “provide tools for ‘improving’ American-English pronunciation.” 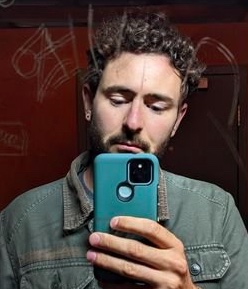 In response to a Twitter user who said the workshop isn’t “necessarily about accent reduction” (and noted she had been helped with English pronunciation involving the letter “G” and words like “schedule”), Fierro claimed that in the U.S. an accent is a “political” matter.

“Por eso les importa el acento ‘americano’ y no otros,” Fierro tweeted. (“That’s why they care about the ‘American’ accent and not others.)

Now a Spanish professor at Kenyon College, Fierro also told the D.C. that “some international graduate students he knew” were mandated or “strongly encouraged” to attend the workshop “under the justification that ‘improving’ their American accent” is necessary to teach at Berkeley.

As a Berkeley student, Fierro said he had been exempted from the workshop because he taught in Spanish.

MORE: Prof: Telling someone you can’t understand their accent is ‘linguistic racism’

I wish Berkeley would stop offering (and oftentimes mandating) this kind of workshops. Having an accent is ok, does not mean you don't speak the language pic.twitter.com/BXSDTKWYgi

International student advisor Anna McCreedy said the workshop has never been mandatory and is one of the most popular offerings on campus. The English Studies Institute’s Bonu Ghosh, who’s taught the workshop for 14 years, confirmed it’s never been required — and added attendance is free of charge.

While [International Office Director Ivor] Emmanuel, who leads the 45-minute workshop, expressed sentiments similar to Fierro about accents, he noted that the workshop’s intention is not to imply otherwise. …

“It is my firm belief that an accent is NOT a bad thing,” Emmanuel said in an email. “I start each workshop by saying: ‘English is now a global language of communication and therefore there are different English accents and ways of using English to communicate. Clarity in communication is necessary for mutual understanding and that is the purpose of this workshop.’” …

“We would not host it if there was not a very clear interest and demand for it among the population that we serve,” McCreedy said in an email. “It is also absolutely not mandated in any way, shape, or form. In fact, none of our workshops are mandated, and students are free to choose if they would like to attend or not.”

A commenter to the Daily Californian article wrote “The issue with accent is that if the students cannot understand what the [graduate student instructors] talk about, they will be shortchanged in their learning. And graduate students who cannot speak or write clearly enough to be understood, will have a challenge later in life.”