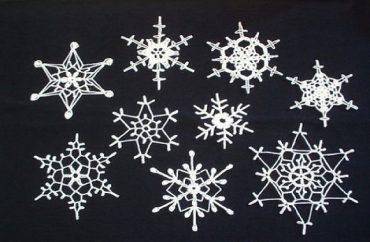 The historic home of the campus free speech movement has announced, among other nuggets, that it will provide “support and counseling services” to students, faculty, and staff who may feel … affected by conservative commentator Ben Shapiro’s appearance this coming week.

All of the precautions taken for Shapiro were outlined in a Thursday campus-wide email from Executive Vice Chancellor and Provost Paul Alivisatos, according to The Daily Wire.

In addition to the counseling, Berkeley will be

1) shutting down multiple buildings and parking lots to create a “closed perimeter” around Zellerbach Hall, where Shapiro is speaking; 2) providing “alternative options” for faculty, staff and students so they can try to engage “in their regular academic activities without fear” of violence erupting; [and] 3) imposing special restrictions on tickets and IDs.

“All this,” The DW writes, “because a 33-year-old conservative is speaking to a few students for a few hours.”

Our commitment to free speech, as well as to the law, mandates that the students who invited Shapiro be able to host their event for those who wish to hear him speak. Our commitment to the principles of community mandates that all students, faculty, and staff be able to be present on campus, engaging in their regular academic activities without fear. Achieving this poses unusual challenges for us; this memo lays out the arrangements that we are putting in place. …

We are deeply concerned about the impact some speakers may have on individuals’ sense of safety and belonging. No one should be made to feel threatened or harassed simply because of who they are or for what they believe.

Alivisatos’ email also mentions the all-too typical “[some] speech this is antithetical to our values” and points to a campus free speech forum which took place last evening. At that forum, Berkeley Law School Dean Erwin Chemerinsky and the Haas Institute for a Fair and Inclusive Society’s john powell (yes, lower case) collided over the extent of the First Amendment.

Chemerinsky (rightly) noted “All ideas and views can be expressed on campus, no matter how offensive,” whereas the best powell could muster was to say the US Supreme Court has been made unjust decisions in the past.

“[T]he Supreme Court has previously supported harmful decisions, such as allowing women to be excluded from the workplace and allowing slavery,” The Daily Californian reports powell as saying.