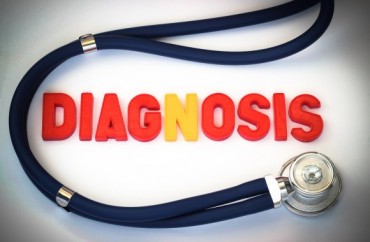 Putting tape on your mouth and standing in silent protest can make it hard for outsiders to figure out what your grievances are.

Students at the University of California-Davis School of Medicine “held a peaceful protest … to end health disparity and promote culturally sensitive care,” The California Aggie reports this week (the protest was actually before winter break).

The students stood in solidarity with a national group, White Coats for Black Lives, that the previous year protested police brutality on the same day (National White Coat Die-Ins). It’s not at all clear from the story, however, what they consider racist and culturally insensitive in medical care:

The demonstration discussed the biases found not just with patients of color, but those in the LGBT community and various religions. …

“The event challenged our medical system and hospitals to address racial injustices and acknowledge the biases that go into taking care of patients of color,” [grad student Keyon] Mitchell said. “Because many of the aims were focused towards institutions, I think a lot of debate was sparked on our campus. A lot of the deans and administration came out in support.”

Another grad student, Lucy Ogbu-Nwobodo, said “discrimination in the health system has a big impact on patients” – not enough so to explain what that is:

“We as physicians have to take care of our patient’s health, but someone’s health encompasses more than just the clinical presentation that you see in a hospital,” Ogbu-Nwobodo said. “Racism and discrimination is a public health issue because if you are feeling unsafe or targeted in your environment, your mental and physical well-being is in jeopardy.”

This continues a long-running pattern in media coverage of campus protests: let the protesters make their claims without asking them for concrete examples, or if they do provide it, considering it worthwhile to tell readers what the protesters’ evidence is.