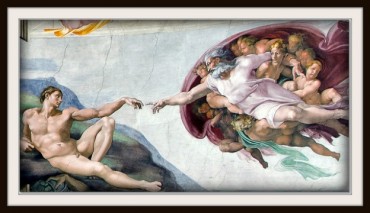 Citing a lack of classroom discourse on intelligent design at the University of California Irvine – a highly regarded scientific research institution – a Christian student group recently brought in a scholar to discuss the merits of the controversial theory, which suggests an intelligence can be found in the blueprints of life.

“Intelligent design is a valid explanation that should be able to be freely taught on a scientific campus,” UC Irvine biomedical engineering major Daryl Arreza, 23, told The College Fix.

Arreza, co-president of Ratio Christi, the Christian apologetics campus group that sponsored the recent talk, said the lecture was needed to expose students to the theory of intelligent design, which is ignored in campus science classes.

“We hope people think, ‘How come we don’t hear about this in our classes?’” Arreza said.

“Lectures like these not only open students up to different points of view that they are not used to experiencing, but also show them why we are here,” Wiersma said.

The pro-intelligent design scholar who spoke at UC Irvine on Wednesday at the behest of a Ratio Christi told the audience that – despite what they may have heard to the contrary in many of their science classes – scientifically vetted evidence does indeed support the theory that life on Earth had help evolving.

The Center for Science and Culture-Discovery Institute scholar Casey Luskin told the 60 or so students and professors in the audience that the vast complexities of life back intelligent design theories, and likened believing in evolution to believing a computer or car formed itself over billions of years.

But Luskin added intelligent design is neither simply a negative argument against evolution, nor is it necessarily an appeal to a supernatural power, such as God.

Rather, he said, evidence found through the scientific method in biological complexity, paleontological fossil records, and systematics and genetics, offer proof that just as humans designed complex machines, so are life’s origins created by intelligent design.

“There is no physical or chemical law that dictates the ordering of your DNA,” Luskin said. “The base of biological systems is a language-based code in DNA, which is like a computer processing information.”

He also talked about how intelligent design explains systematics, saying complex parts of organisms will be reused in different organisms in a manner that may not match the nested hierarchy – which runs afoul of evolutionary biology. Luskin also tackled the topic of biological similarity. The Darwinian theory claims that functionally biological similarity, such as patterns in animal bone structures, results from common ancestry. Luskin said that’s only one explanation.

“Common design could be another explanation,” he said. “While human and ape DNA is said to be 99 percent similar, why couldn’t the cause of that be a common blueprint, because it is a useful design?”

“Pro-evolutionary phylogenetic trees are only as good as the assumptions they make,” Luskin said, stipulating that the groupings are more often conflicted than they are neat, which gives way to use of what he calls an escape hatch for evolutionary theory, horizontal gene transfer. “So the conclusion I see in this theory is that the cause of similar features in living things is common ancestry, except when it isn’t. So how do you know when common ancestry is really true?”

Luskin said he knows his lecture could be deemed controversial, adding that’s unfortunate.

Luskin added the lecture serves a secondary purpose, that being to support students such as Wiersma and Arreza, who desire a wider scientific discourse on the origins of life, a discussion that is unfortunately not often offered on a college campus.

“It is important to give students confidence they don’t have to be suppressed or bullied,” he said. “We want to equip them with as much information as possible so they can defend intelligent design scientifically.”

Luskin is an attorney with a B.S. and M.S. in Earth Sciences from UC San Diego and a law degree from the University of San Diego. He has expertise in both the scientific and legal dimensions of the debate over evolution and serves as the program officer in public policy and legal affairs for the Center for Science and Culture. The center is a program of the Discovery Institute, founded in Seattle in 1996, which supports research that both develops the scientific theory of intelligent design and challenges the neo-Darwinian theory.

While Luskin’s research originates in scientific development at the non-profit “think-tank,” Luskin also explores the impact of scientific materialism on culture and fights to give centers of education the scientific education needed to encourage academic freedom, allowing teachers to present the theory of intelligent design alongside the already accepted theory of evolution.

To that end, Luskin helps initiate campus clubs that offer resources to help teach intelligent design, and through the center he co-founded Intelligent Design and Evolution Awareness (IDEA), grounded in the IDEA club he started as an undergraduate student at UC San Diego.

Luskin, in his lecture at UC Irvine, said the battle over talking about intelligent design on college campuses is largely a battle over academic freedom.

“The viewpoints of intelligent design are censored at universities, and if they are mentioned, they are talked about in a caricature,” he said. “I want to give you the scientific evidence so at least you can make up your own mind.”

Fix contributor Lauren Shepherd is a student at UC Irvine.