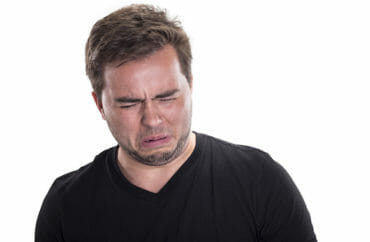 A presentation at the University of Michigan will deal with the subject of pederasty, or sex between men and boys, with the professor giving the speech apparently hoping to “dignify and redeem” what he calls “intergenerational modern pederastic relationships.”

The workshop, scheduled for today and titled “Pederastic Kinship: Deidealizing Queer Studies,” will be presented by Kadji Amin, assistant professor of Women’s, Gender and Sexuality Studies at Emory University, according to an event listing on the University of Michigan’s website.

Hosted by the university’s Doing Queer Studies Now “interdisciplinary workshop,” it will explore the “kinship form” of “modern pederasty.”

“To identify a relational form as ‘queer kinship’ is to implicitly dignify and redeem it,” the event listing reads. “What are the limits of such redemption? This talk tests the boundaries of the discourse of queer family by investigating a sexually, ethically, and politically dubious kinship form: namely, modern pederasty.”

Amin did not return two emails from The College Fix seeking clarification on his presentation. Deboleena Roy, chair of Emory’s Women’s, Gender and Sexuality Studies Department, similarly did not return a request for comment; nor did Emory spokeswoman Megan McRainey.

The description for Amin’s guest lecture notes that “pederastic kinship is a forgotten and uncomfortable precursor to gay and lesbian ‘chosen’ and nuclear family that restores power and inequality to overly idealized imaginaries of queer kinship.”

Amin is the author of “Disturbing Attachments: Genet, Pederast and Queer History,” a work that focuses on French author Jean Genet’s “life practices of affiliation.”

“Pederasty, which was central to Genet’s sexuality and to his passionate cross-racial and transnational political activism late in life, is among a series of problematic and outmoded queer attachments that Amin uses to deidealize and historicize queer theory,” the book’s Amazon description states.

According to his biography on Emory’s website, Amin holds a PhD in Romance Studies and a graduate certificate in Feminist Studies. He was a Mellon Postdoctoral Fellow in “Sex” at the University of Pennsylvania Humanities Forum in 2015-16.

His biography states he has researched “the disorienting effects of the queer and transgender past on politicized fields of scholarship,” and his upcoming second book “uses the history of transsexual science to rethink the priorities of transgender and feminist theory.”