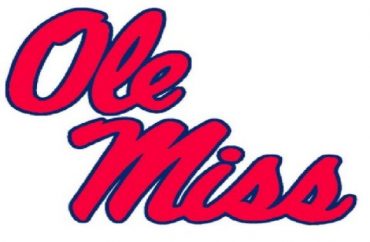 The University of Mississippi announced last Friday that its marching band will no longer perform the song “Dixie” at athletic events due its “historical context.”

The song had served as the Confederacy’s battle anthem during the Civil War.

The move is yet another made by the university regarding symbols of the Confederacy. As The Clarion-Ledger reports, sticks were banned from the football stadium in 1997 so that the Confederate flag could not be flown, and then in 2003 the Colonel Reb mascot no longer appeared on the sidelines during games.

In 2009, then-Chancellor Dan Jones had asked the marching band to cease performing “From Dixie With Love” due to “some” fans chanting “the South will rise again.”

Discussions about removing the song began between campus leadership and band leadership in the spring or summer of 2015, athletic director Ross Bjork said. He added the decision was made “well before” Friday but was made public after several news outlets contacted the school.

“We want everyone who steps foot on campus to feel welcome, and that they’re part of the Ole Miss family,” Bjork said. “There wasn’t one defining moment (that led to the decision). It was a collaborative process where we felt we needed to move forward and do the right things. This is another step in that direction to make sure we’re welcoming to people.”

He added that band leadership was supportive of the decision. Attempts made through Ole Miss to reach band director David Willson for comment were unsuccessful. …

Junior Allen Coon, a student senator in the associated student body legislature who co-authored a resolution to take down the state flag on campus, applauded the decision to stop playing “Dixie,” saying it would be an opportunity to create traditions that are more inclusive.

Dominique Scott, the treasurer for the NAACP chapter at Ole Miss and a fellow student, agreed.

“I think it’s a step in the right direction of the culture shift that I think is very necessary at the University of Mississippi,” she said. “For where the university is trying to go to create an inclusive culture and a culture that welcomes students from all backgrounds and walks of life.

According to U. Mississippi Professor David Sansing, “Dixie” was first performed by the band in 1948: “I think it really was adopted around the combination of the centennial and the Dixiecrat movement in the South,” he says.