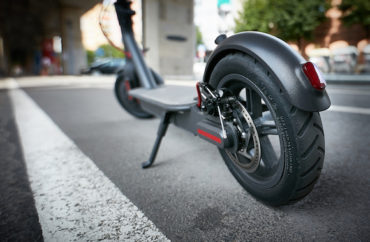 In the wake of rising use of the motorized devices, numerous universities are regulating and in some cases banning electric scooters from campus as the machines have grown in popularity.

Last week, San Jose State University implemented a new policy to keep scooters from being used on campus. The Mercury News, a Bay Area publication, reported that the school enacted a campus ban on the electric scooters. When reached for comment, a university representative downplayed the idea of a “ban.”

“San Jose State University did not ‘ban’ the use of electric scooters but rather informed our campus community that these motorized scooters must be parked at any of the seven designated dismount zones,” school spokeswoman Christine Hutchins told The College Fix.

Hutchins provided The Fix with a link to the campus’s police department website, at which users can view a map showing the “dismount zones” where scooters can be parked on campus. The dismount zones are all very near the perimeter of campus. Hutchins confirmed that riding through the center of campus is prohibited, even if the scooter is eventually parked at a dismount zone.

The school’s police department “conducted a study last spring that noted UPD had received over 95 complaints, calls, and inquiries about the scooters. During this same period, UPD documented 3 collisions with pedestrians on campus,” Hutchins told The Fix.

“The scooter companies did not contact SJSU before depositing the scooters on campus last year,” she added.

“We didn’t just ban scooters after they showed up. With the exception of university work vehicles and Americans With Disabilities Act devices, other motorized devices are not allowed on campus. That has been long-standing policy going back to 1963,” school spokesman Jerry Gonzalez told The Fix.

“We also have walk-only zones on campus between the hours of 8 a.m. – 4 p.m. on weekdays. So nothing can be ridden there during those times, and we have attendants monitoring those areas,” he added.

As with San Jose State, Gonzalez said the scooter companies did not contact the university prior to dropping the scooters around campus. In December, The Arizona Republic reported the school had already impounded nearly 900 scooters and collected nearly $80,000 in impound fees.

Gonzalez confirmed that there have been accidents involving the scooters on campus, though he did not say how many.

School ‘concerned about safety’ of scooters

Last semester the University of Arizona announced a similar scooter policy. “This policy is in place because we are concerned about the safety of e-scooters and their potential to limit accessibility on campus, especially for those with disabilities,” the school stated.

“Our goal is to mitigate e-scooters from blocking doorways, walkways, and other campus paths. Additionally, we do not want e-scooters to be brought into campus buildings, which would pose safety and accessibility concerns.”

“Although scooters are not allowed on campus, the University of Arizona has been working with the city and the companies to help enforce where the scooters are operated and parked. The UA will set up several convenient scooter lots where riders can park them when they come to campus or find them to leave the university,” Scott told The Fix.

“We also have been encouraged that the scooter companies will be using technology and rider information services to help riders observe the university’s rules for scooter use,” she added.

The scooter companies Bird and Lime did not respond to queries from The College Fix on Tuesday.

Other schools have experimented with different regulatory schemes for dealing with scooters. Oklahoma State University initially banned electric scooters in October but amended its policy in January to establish scooter lots and allow scooters under certain conditions. The University of Oregon banned rental electric scooters in November but has stated that the ban “does not apply to electric scooters owned by the operator.” The College Fix reached out to both schools for comment on their electric scooter regulations, but they failed to reply to The Fix’s queries.

Many scooter companies, including Bird and Lime, encourage riders to always park away from pedestrian traffic and wear a helmet when using the scooters, which can reach speeds up to 15 mph. A UCLA study found that riders regularly fail to wear helmets.