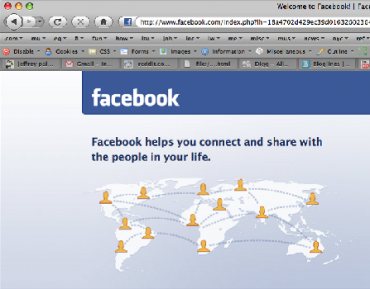 Some college athletes are now required to give their Facebook passwords to administrators in order to play.

Independent social media monitoring companies have been pitching their services to universities across the U.S. with increasing fervor, claiming that their services can ensure students’ online activities are respectable and do not reflect badly on their school. While these services are becoming more accepted among administrative staff, they have provoked a strongly negative reaction from many students who were ordered to give up their Facebook account information.

Some administrators are employing methods as simple as occasionally standing behind students as they log on to their social media accounts and scanning their messages and news feed. Other colleges, such as the University of North Carolina, have mandated that students allow them access to their username and password so a designated official may routinely log on.

The University of North Carolina did not respond to requests for comment.

Though many companies are taking advantage of this business prospect, the three biggest monitoring organizations facing legal scrutiny are UDiligence, Varsity Monitor, and Centrix Social.

According to saturdaydownsouth.com, Kevin Long, director of UDilligence, said the practice “will be as common as being asked to take a drug test in the next two years.”

The Supreme Court decision in the 1995 case of Vernonia School District 47J v. Acton–the case that allowed for drug testing of students involved in extracurricular activities–has offered some of the strongest reasoning for the legality of monitoring student online activity. The argument is that students are not obligated to join a college sports team and as such, can be asked to forfeit certain rights for the “privilege” of playing.

But Bradley Shear, a Washington D.C.-based attorney and adjunct professor at George Washington University, found fault with that logic.

“The difference between drug testing cases and this is that in drug testing, a school is looking at illegal substances,” said Shear. “Here you’re looking at inappropriate conduct. It’s comparing apples to oranges.”

Some universities claim the observations allow them to make sure their athletes are not excessively trash-talking other teams or committing crimes that could reflect poorly on the institution.

“They claim they want to monitor for inappropriate content or NCAA violations, but it’s a very weak argument,” Shear said. “These companies call themselves social media experts. They’ve already convinced all these schools to waste their money by advising them to purchase these services when the NCAA has said ‘we don’t need these services.’

“If we don’t stop it now, we’re going to have a whole generation of future leaders who think the government should be allowed to see what you’re doing,” Shear said.

Those who oppose the practice say that it violates the students’ reasonable expectations of privacy under the Fourth Amendment, which has been upheld by the Supreme Court in past decisions. Many also claim institutions that receive government funds should not under any circumstances be allowed to make people wave personal freedoms.

“A public school has no right to demand a student to friend request a school employee or make them download monitoring software,” Shear said. “If they do so, they’re breaking the law; period.”

Leading a charge against the practice, Shear has worked to push Maryland State Senate Bill SB 434, which would disallow schools from collecting student’s login information.

If the bill passed, it would only officially end the policy in Maryland, but Shear believes it would set a precedent that could carry across the country. But Will Creeley, a legal associate at the Foundation for Individual Rights in Education, doubted that restoring the privacy of student-athletes will be so easy.

“I wouldn’t be surprised if courts continue to hold that students ‘check their rights at the door’, just on that basic principle that student athletes are engaged in sports that are more a privilege than a right,” said Creeley.

While Creeley offered his own personal disapproval of universities monitoring their student’s Facebook activity, he said FIRE had no official stance on the matter, but is following it closely.

“As a legal matter, courts have recognized that student-athletes can be made to forfeit some rights when joining a team [because they don’t have to join],” Creeley said. “It’s troubling that schools feel empowered or necessitated to pry this deeply into the lives of their student-athletes. As a legal observer, it raises real questions about the relationship between the student-athlete and the university.”

This kind of policing of students’ personal lives goes too far, said Shear.

“I’d be outraged if someone did that to my son,” Shear said. “I’m outraged as is.”

Fix Contributor Ian Hanner is a student at Palomar College.