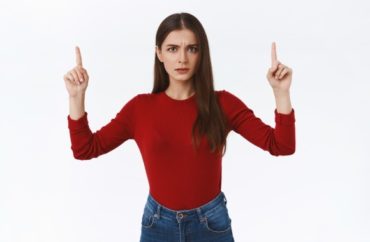 As college students across the nation head home for Thanksgiving, they’re armed with the knowledge of how to “decolonize” their holiday.

There was no one way to impart this instruction, as educators took different approaches, with events such as “How You Can Eat Your Turkey and Decolonize Thanksgiving Too” and “Thanks But No Thanks-Giving: Decolonizing an American Holiday.”

“By taking a decolonizing approach to teaching about Thanksgiving, teachers and families reject the myths of Thanksgiving and harmful stereotypes about Native peoples,” Professor Lindsey Wieck wrote in an article for Medium in which she encouraged parents to send letters to their children’s schools to “advocate for a more inclusive approach to discussing Thanksgiving.”

Wieck, an assistant professor of history St. Mary’s University, did not respond to requests from The College Fix seeking further comment. But due to her stance, it’s unlikely she would have been in opposition to some of the activities campuses hosted in recent weeks given the article’s headline: “Decolonizing Thanksgiving: A Toolkit for Combating Racism in Schools.”

“The dinner has two missions: to educate patrons about foods they may not have realized are indigenous to this country and to help people understand what it was like to eat prior to the colonization of the Americas,” said KayAnn Miller, executive sous chef for Miller Dining Commons, in a university news release.

But university’s spokesperson Carly Toalson declined to comment to The College Fix about the event.

Meanwhile at the University of Oregon, it hosted “Thanks But No Thanks-giving: Decolonizing an American Holiday.” The Nov. 21 event reminded students that “Thanksgiving is, foundationally speaking, a celebration of the ongoing genocide against native peoples and cultures across the globe,” according to the university’s website.

With that, the event focused “on ways in which we can continue to show gratitude while raising our critical consciousness and identifying ways to decolonize the holiday.”

A University of Oregon spokesperson declined to comment to The College Fix about the event.

Over at the Indiana University of Pennsylvania, it played host to a “Decolonize Thanksgiving Information Table” on Nov. 14.

“Stories told about the first Thanksgiving often perpetuate harmful stereotypes and racism. Decolonize your Thanksgiving to go beyond the harmful ‘pilgrims and Indians’ narrative and focus on common values: generosity, gratitude, community, and good food,” the university’s website states.

Meanwhile, over at Missouri Southern State University, a panel it recently played host to was titled “How You Can Eat Your Turkey and Decolonize Thanksgiving Too.” It was led by Tehya Deardorff, of the Quapaw Nation, and Kristen Fidler, of the Cherokee Nation. Organizers did not respond to repeated requests for comment.

The panel was part of a larger event called “The Whole Story: A Decolonial Cross-Cultural Day,” reports the Joplin Globe. Other topics the event aimed to decolonize included language, fashion and science.

Materials provided to the Globe by event founder Rebecca Mouser, an assistant professor in the English and philosophy department and president of the faculty senate, noted that “colonization has taken place all over the globe through the stealing of lands; the raping of women; the taking of slaves; the breaking of bodies through fighting, labor, imprisonment and genocide; the stealing of children; the enforcement of religion; (and) the destruction or attempts to destroy spiritual ways of life.”

“All of these things have left a psychological, spiritual and physical impact on indigenous peoples and a governmental ruling system that we did not create, that was not made for us. These are the things we need to heal from, where we need to start reclaiming. This is where organizing and decolonizing comes in.”