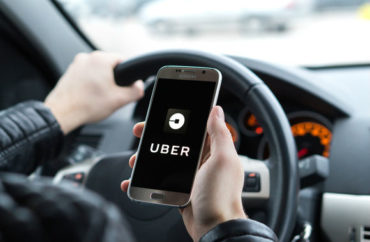 Newly obtained evidence in Title IX-related litigation against George Washington University suggests that the school does not understand that a rideshare vehicle does not pick you up the instant you book the ride.

The key question in the private university’s investigation into Gillian Chandler’s allegations against “John Doe,” and the resulting due-process lawsuit filed by Doe, was how intoxicated Chandler was as they returned to his room in an Uber trip.

Doe submitted phone records from Chandler’s friend last month that showed Chandler didn’t call that friend from the Uber. The friend had cited that invented call as evidence that Chandler was slurring her words, showing she was too drunk to consent to the sex that followed.

In a filing last week, ahead of Wednesday’s scheduled hearing on summary judgment motions, Doe said the university’s newly provided evidence of Chandler’s own phone records reveals its “spectacular misreading” of those records.

GWU had said that Doe “lied to this Court” by claiming Chandler didn’t make the alleged slurring phone call from the Uber. Citing Chandler’s phone records that the university could have “easily obtained” before its Title IX hearing, Doe says those records actually show Chandler was “coherent enough” to make two calls before the Uber arrived to pick them up.

One was “a two-minute call with her roommate [‘A.C.’], whose absence as a witness at the hearing is now more conspicuous than ever,” Doe’s filing says. A third call from the Uber itself to A.C. may not have been answered, based on how Verizon categories calls under a minute. These are now the “most damning evidence” against Chandler.

The school’s response to Doe’s claims that his appeal was wrongly rejected also revealed that GWU has been judging appeals by the wrong standard for “at least six years,” he claims.

The years of errors by the appellate officer suggest that if court rules in Doe’s favor, “the judge will need to provide clear guidance on how GWU should proceed, since the university can’t be counted on to follow its own rules,” a scholar of Title IX abuses, Brooklyn College Prof. KC Johnson, told The College Fix in an email.

Referred to as “Jane Roe” in the litigation, Chandler voluntarily outed herself in March. She publicly identified Doe by his real name as a “rapist” (below) hours before he obtained her friend’s phone records, according to Doe.

Missing witness is ‘a silence that gets progressively more deafening’

The university treated Chandler’s calls made after booking the Uber ride as if she made them from inside the Uber after it picked up her and Doe. She had called the Uber at 11:56 p.m., and they arrived at Doe’s dorm at 12:21 a.m. (Phone records don’t show the exact second within the minute.)

But her receipt shows that the trip took 16 minutes and 31 seconds, meaning they left the party sometime in a one-minute window between 12:04 a.m. and 12:05 a.m.

Chandler made two phone calls between the Uber order and pickup, at 11:57 p.m. and 12:03 a.m., first to her roommate A.C. and then likely to the Uber driver, based on the “non-fixed VoIP” number she dialed. Her possibly unanswered call from inside the Uber to A.C. followed at 12:06 a.m. 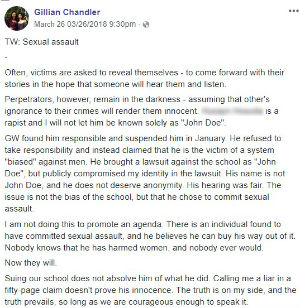 Considering that Chandler’s friend “E.E.” was the only witness out of six to claim that Chandler was visibly drunk, Chandler’s records “confirm in stunning detail everything that Mr. Doe has said from the beginning and erase whatever residual doubt there might be” about Chandler’s alleged incapacitation and truthfulness, Doe’s filing said.

“If Ms. Roe had been incoherent, A.C. would have learned it from that first phone call [at 11:57 p.m.], not the second [at 12:06 a.m.],” Doe says. The fact that she ordered the Uber and was able to make three separate calls “that make perfect sense in the context of what was happening” contradict Chandler’s claim to be in a “blackout state” at the time: She was “completely mentally coherent.”

The content of Chandler’s communications aligns with Doe’s contention that she took the initiative in their interaction and was fully conscious of her actions as she did so, he claims.

She originally claimed that A.C. had left the party shortly after arriving, but after Doe claimed the roommates were texting each other about “the availability of their room” for sex, Chandler changed her story to say A.C. was still at the party:

But if that were true, then she wouldn’t have called her, either. Ms. Roe’s refusal to call A.C. as a witness [and instead rely on E.E.’s invented phone call] is a silence that gets progressively more deafening.

Given that 7-8 minutes passed between the start of their call and Uber’s arrival, if A.C. were still at the party during that first call, Doe finds it strange that A.C. didn’t go searching for an incapacitated Chandler or call her back.

The filing also claims it’s “impossible” for Chandler to have “passed out and fallen down the stairs” as she left Doe’s dorm and then “ran” home, as she claims, given that she called another friend from the party, “A.D.,” on her way home.

‘Someone with a doctorate’ should make better arguments

Robert Snyder (below), GWU’s executive director of planning and outreach, told the court in a “declaration” that he has been evaluating whether to grant appeals based on evidence “that was not available during the adjudication.”

This is contrary to the university’s own code, which says “viability” is the only standard for evaluating appeals, Doe’s filing says. That means they “must be based on new information that is relevant to the case, that was not previously presented at the hearing or conference, and that significantly alters the finding of fact,” in the code’s words. 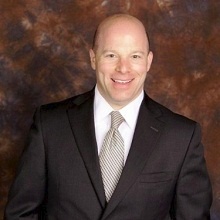 Snyder’s very job description in the code requires him to use “viability” as the standard by which to judge appeals and forward those that meet the threshold to the committee that reviews appeals, Doe says: “Tellingly, GW offers no alternative explanation as to what Article 34’s ‘viability’ review is doing in the Code.”

The filing goes on to mock Snyder, saying “someone with a doctorate” should not give “specious” reasons for rejecting appeals.

Snyder had refused to concede that a toxicology report on Chandler, submitted by Doe in his appeal, would have “significantly” altered the facts in the case.

According to Doe, Snyder mischaracterized the report’s finding as Chandler would have had a “high level of intoxication” if she had consumed the amount of alcohol she claimed, something the hearing panel knew. The report actually concluded “she could not have performed the actions or had the memories she claimed” at that intoxication level.

Snyder’s other argument is a “bit crazy,” the filing said – that the hearing panel could have drawn the same conclusions from the underlying data as the report author, toxicology expert Harry Milman:

It is like saying that parents don’t need to take their children to medical doctors for diagnoses because they (the parents) are aware of all of the same symptoms that would be reported to the doctor. Dr. Snyder cannot honestly believe that the panelists—two GW students and one low-level GW administrator—have anything close to an expert understanding of the physiology of alcohol intoxication.