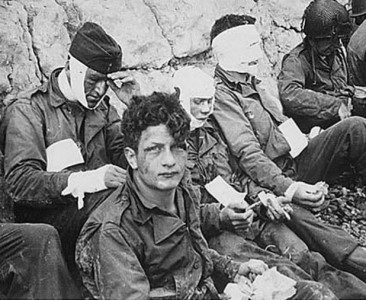 Sacramento State University will now allow an anthropology course to fulfill the school’s general education history requirement, a decision that has prompted fierce debate, with history scholars noting it effectively allows students to take a “history” class that doesn’t even mention either World War, among other important topics.

As it stands, the anthropology class will reportedly focus on “the intersection of race, class, gender, ethnicity and sexuality; the political economy of institutions and ideas, such as racism, classism, sexual stereotyping, family, religion, state, color blindness, multiculturalism, etc.; and, discourses of cultural diversity in the U.S.”

Sacramento State history professors had appealed the decision, but their request was denied. “[I]t appears the change is a done deal,” reports Inside Higher Ed. Sacramento State campus officials did not respond to emails and phone calls by The College Fix on Thursday seeking comment. A spokesperson who answered the phone said a comment would be produced by Thursday evening. None was.

Sacramento State history professor Joseph Palermo, who teaches a course that currently fulfills the requirement, wrote a scathing opinion piece in which he attacked the idea that an anthropology class is an acceptable substitute, writing an op-ed in the Sacramento Bee that:

Swapping an anthropology course for American history will leave our freshmen and sophomores little understanding of how American institutions have changed through time; how events such as World War I and II transmuted those institutions; and how the historical context altered the balance of power between the branches of the federal government and contributed to the rise of the United States as a global superpower. …

What is the value educationally for our students in asserting that an anthropology course, taught by non-historians, that ignores major events that transformed the United States, can now fulfill the American history requirement?

California state law requires that all campuses must provide “for comprehensive study of American history and American government including the historical development of American institutions and ideals, the Constitution of the United States and the operation of representative democratic government under that Constitution, and the processes of state and local government.”

With that, the history chair at Sacramento State, Aaron Cohen, agrees with Palermo that an anthropology course is not a suitable substitute a U.S. history one, reports Inside Higher Ed.

“The law says we have to do it….It’s been interpreted for 40 or 50 years in a very commonsensical way that students take U.S. history classes, and that’s not too difficult to understand,” Cohen noted.

However, some anthropology department scholars have said they feel that Anthropology 101 is more than sufficient.

Chair of anthropology Raghuraman Trichur told Inside Higher Ed: “Historians have a way of engaging with history, and similarly we have a way of engaging with history. We are supposed to do the major events within 100 years and within this course in particular we’ll talk about civil rights, unionization in the U.S. We’ll talk about women’s enrollment in the workforce and the emergence of the black Muslim community and the interactions between diverse populations that made that happen.”

At the heart of the controversy is an executive order issued by former California State University Chancellor Charles Reed. The executive order outlines the requirements of U.S. history, but is extremely broad in nature and does not specify if the history department must teach it. Instead it just forces the course to cover “three or more of the following: politics, economics, social movements, and geography.”

IMAGE: Soldiers of the 16th Infantry Regiment, wounded while storming Omaha Beach, wait by the chalk cliffs for evacuation to a field hospital for treatment, D-Day, June 6, 1944. Courtesy U.S. Army