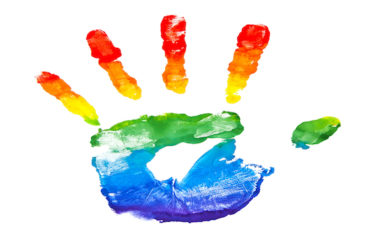 The Jordan Schnitzer Museum of Art at the University of Oregon is set to debut a new art camp this week aimed at transgender elementary school children, intended for kids as young as six years old who believe they are the opposite sex or who are still questioning their gender.

The goal of the camp is for transgender children as well as “gender non-conforming youth” in grades one through five to “create and explore art in various mediums as a form of self-expression,” according to a Facebook listing for the event.

Begun by Sherri Jones, the education director at the museum, the camp is designed to help “budding artists to create art as a form of self expression and to view art as a method of self-reflection,” according to the Facebook listing.

“We are an inclusive museum located on an inclusive campus and are offering this camp in response to a need in our community,” Jones told The College Fix via email.

Jones told the student newspaper The Daily Emerald that the camp will not focus on transgender art and artists, noting that such art often features adult themes.

“I am the parent of a queer young adult,” Jones told The Emerald. “And because of my amazing child, I’ve met many members of the LGBTQA community as well as members of the transgender community, and it’s really made me aware of the needs of that community.”

Support from the local community has been strong, Jones told The Emerald, with several people calling to offer student scholarships.

Asked if she could define transgenderism, as well as what age a child is capable of discerning his or her “gender identity,” Jones told The Fix: “I am not qualified to give you the medical definitions for the terminology that you seek and suggest that you contact a medical professional in your community for those answers.”

The Fix asked Dr. Lee Ann Conard of the Cincinnati Children’s Hospital what course of treatment she would recommend for a child aged 5 or 6 who was struggling with gender identity.

“Most programs use the Endocrine Society and WPATH Transgender Treatment Guidelines. At age 5 or 6, the recommended treatment is social transition,” she said.

“Social transition” is the process by which a child is allowed to “transition” to the opposite sex, often by changing his or her manner of dress, adopting different pronouns and going by a different name.

According to The Emerald, Amadeus Miller, a “nonbinary” individual who prefers the pronouns them/they, acts as an assistant instructor at the camp. He did not feel accepted in his Christian household, he told The Emerald, and volunteered to work at the camp because “it’s very important for every LGBT child to have someone there to tell them that it is OK.”

Miller did not respond to The Fix’s queries in time for publication.

The University of Oregon in the past has explored the question of childhood transgender identity. The school’s sociology and women’s departments several years ago hosted a lecture on “the Transgender Child and Changes in the Self.”

The lecture, given by sociology professor Tey Meadow, examined “the emergence of a new identity category, the transgender child, and the first generation of parents who actively support and empower extreme gender nonconformity in their children.”

“While some see this as evidence that our social boundaries around gender difference are loosening, Dr. Meadow argues that these shifting boundaries are simultaneously becoming more intricately articulated and more deeply tied to and embedded within social institutions,” the lecture description reads.

MORE: Most children who identify as transgender are faking it: expert