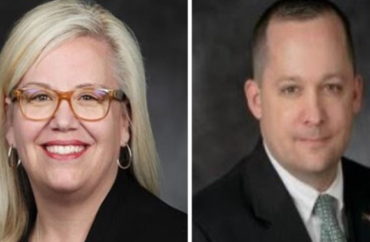 The University of North Dakota recently fired its Vice President for Student Affairs & Diversity, Cara Halgren, after an investigation determined she has discriminated against the campus police chief due to his political beliefs.

UND Police Chief Eric Plummer had filed a complaint alleging his working relationship with Halgren deteriorated after she learned he voted for Donald Trump, and a subsequent investigation affirmed that position.

Halgren was terminated in mid-September. Plummer left UND for a position at Radford University in Virginia earlier this year.

In Plummer’s complaint, a copy of which was obtained by The College Fix, he alleged Halgren created a “hostile and toxic environment” after she found out Plummer voted for Trump in 2016. He also named Associate Vice President of Student Affairs and Diversity Cassie Gerhardt in his allegations.

Plummer wrote in his complaint, dated Jan. 29 of this year, why he told Halgren he voted for Trump.

“As Cara is a Vice President, I did not feel I could not answer, as at the time I was not comfortable answering; however, due to our longstanding business relationship, I told Cara who I had voted for in the election based on her request. She then continued ‘how could you have voted for that man?’”

Next, Plummer said Halgren canceled all of their future breakfast meetings, which had been a regular part of their work routine.

“This severely impacted my ability to foster and develop relationships within Student Affairs, which is a major portion of my job responsibilities,” Plummer wrote.

Plummer wrote that over the course of the next four years, his interactions with Halgren and Gerhardt grew less professional and more confrontational.

“Their behavior became so pervasive that others, even those working within their own area, routinely would make comments regarding their unprofessional behavior in meetings and in other actions,” he wrote.

The former police chief noted he had been left out of COVID-19 planning meetings. He also wrote he had been dismissed for urging privacy protection for a student of color that was the focus on a Behavioral Intervention Team meeting. He claimed Halgren dismissed his comments, saying the BIT is “just a bunch of white people sitting around the table.”

In one meeting on January 28, Halgren acknowledged that she changed the way she interacted with Plummer because of his political beliefs. At the meeting, she told administrators she “could not change the way she feels just to get along.”

At one point, Halgren suggested drafting up a memorandum of understanding between herself and Plummer in order to keep the work relationship going.

“I think this is inappropriate to ask for me to go back to where the harassment started to create an MOU for ‘us’ to repair an issue that was created by her discriminatory conduct,” Plummer wrote in his complaint.

In July, Administrative Law Judge Hope Hogan ruled that Halgren had neither harassed Plummer nor created a “hostile environment,” but she had “discriminated” against him based on his political beliefs. Halgren appealed the ruling, and her appeal was dismissed.

Finally, in mid-September, Halgren was fired.

“Today, I made the decision that it is in the best interest of the University to part ways with Dr. Cara Halgren as our Vice President for Student Affairs & Diversity,” university president Andrew Armacost emailed the campus community in September.

“Undoubtedly, this news will impact many people on our campus, and I ask that you refrain from speculating about this decision. It is important that we, as a community, continue to work together to move forward.”

Plummer’s complaint against Gerhardt was dismissed. According to a spokesperson for UND, she remains employed at the school. Plummer later appealed the ruling Gerhardt had done no wrong, but that appeal was dismissed on September 13.

In February, Plummer left UND for a position at Radford University in Virginia.

“This has been both personally and professionally overwhelming and I will never be able to adequately express how much it has meant to me,” Halgren told a local newspaper after her firing.

“Having been promoted from associate dean to dean and then from dean to vice president, I am proud of my 15-plus years of service to UND and stand by my record of treating people impartially. I am grateful for the opportunity to have served an institution that has given me so much as both a student and employee.”