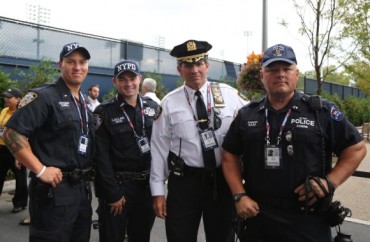 A “gender-inclusive language” writing guide handed out by the University of North Carolina Chapel Hill advises students against using “mailman,” “policeman,” “man-made” and other compound words that include “man.”

“English has changed since the Declaration of Independence was written,” the guide states. “Most readers no longer understand the word ‘man’ to be synonymous with ‘person,’ so clear communication requires writers to be more precise.”

Instead of man, the guide suggests “person” or “individual.” Use “humanity” instead of “mankind.” “Mailman” can instead be “postal carrier.” “Congressman” can be switched out with “legislator,” according to the guide, created by the university’s Writing Center.

Vicki Behrens, assistant director of The Writing Center, told The College Fix in an interview that gender-inclusive modifications were recently made to the guide to reflect modern language.

“It is wise to be sensitive and aware of choices that are gender inclusiveness,” Behrens said. “We are glad to have a handout to help people navigate and make informed choices.” (A portion of the guide. SOURCE: UNC Chapel Hill)

Additional suggestions include “first-year student” for “freshman,” “machine-made” or “synthetic” instead of “man-made,” and “human beings” for “mankind.” For gendered words not on the list, the guide recommends checking a thesaurus.

Using “he” for gender-neutral subjects by default is “outdated and will confuse or offend many readers,” the guide adds. It suggests to switch up the conventional order of “he or she” to “she or he” to make the point that women are not just being added onto the generic “he.”