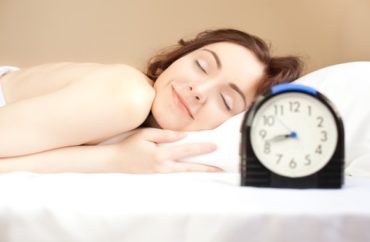 Researchers at the University of California, Berkeley, made an important announcement this week, declaring that they had found a strong link between a lack of sleep and a greater incidence of anxiety. In short: The less you sleep, the worse you’ll feel.

The academics published their findings in the journal Nature Human Behavior, according to a report in The Daily Californian. They determined that “lack of sleep predicts increases in anxiety levels up to 30%, while sufficient levels of sleep reduce stress,” according to the campus newspaper.

The paper, authored by four academics from UC-Berkeley, determined that deep, restful sleep can function “as a therapeutic target for meaningfully reducing anxiety.”

One of the researchers told The Daily that sleeping well “is the single most effective thing to reset our body and mind.”

The study’s findings are significant for students. Earlier this year, campus researchers found that the number of college students aged 18 to 26 who reported suffering from anxiety has doubled since 2008. This data, however, does not relate this statistic with students’ sleep quality, which can have grave consequences on happiness and mental health, according to [lead author Eti] Ben-Simon.

The Centers for Disease Control and Prevention estimates that over a third of California adults report sleeping less than the recommended amount each night, defined by the CDC as seven or more hours.