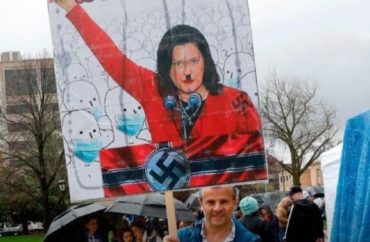 They unearthed a state and federal ‘fundamental right to intrastate travel’

When Michigan Gov. Gretchen Whitmer issued a stay-at-home executive order for the state’s residents, Jacob Weaver “had to choose between celebrating Easter with my family and facing a misdemeanor,” he told The College Fix.

That’s because the University of Michigan law student doesn’t live with his family. And visiting that “second residence” meant breaking the Democrat’s order.

But Weaver had an idea for overcoming his predicament: suing Whitmer.

He and other UMich law students – not yet licensed attorneys – teamed up with civil litigation attorneys last month to challenge the governor in federal court, arguing that the COVID-19 travel ban “between residences” violates due process and equal protection clauses in both federal and state constitutions.

The legal team is representing Michigan resident and timeshare owner Lyn Allen of Wayne County, which has the most confirmed COVID-19 cases in the state. Under the order, Allen was barred from traveling to her timeshare located in Glen Arbor some 200 miles away.

The order impedes on the “fundamental right to intrastate travel” and only targets Michigan residents, leaving out-of-state residents to visit their Michigan second residences.

Whitmer’s critics responded to her various orders related to the coronavirus pandemic by protesting around the Michigan state capitol. The governor told USA Today that that protest itself may lead her to extend the stay-at-home order because not everyone was wearing masks.

Because Whitmer replaced the order with another the day before they sued – explicitly allowing travel “[b]etween two residences in this state” – the law students and attorneys are seeking after-the-fact recognition that the order was unconstitutional: a declaratory judgment, attorney’s fees and “nominal damages” of $1 “resulting from the deprivation of their rights.”

As of Monday, the only action in the suit has been the appearance of lawyers for each party, according to the docket.

The Republican-controlled Legislature jumped on the litigation bandwagon this week, accusing the governor of ignoring state law and the Constitution by acting outside of legislative approval when she extended the emergency declaration and imposed new executive orders.

“If left unchecked, the governor could extend her authority indefinitely,” Senate Majority Leader Mike Shirkey told Local 4 News. “Michigan citizens cannot wait that long for a path forward to regain their lives and their livelihoods.”

‘The more we assessed the executive order, the more irrational it looked’

Questioning the legality of Whitmer’s restrictions, Weaver and a classmate began to do some legal research, looking into intrastate travel precedents in state and federal law.

They were encouraged by what they found, including Johnson v. City of Cincinnati from the 6th U.S. Circuit Court of Appeals and Musto v. Redford Twp from the Michigan Court of Appeals, and “started reaching out to friends” that could qualify as potential clients, Weaver said.

They soon discovered that a friend’s mother, Allen, had a timeshare she would be unable to use due to the order. This was despite the fact that her co-owner who lived in Indiana could still use the property.

In compliance with Whitmer’s orders, Allen was forced to self-isolate in the county with the highest concentration of COVID-19 cases in Michigan, even though she was expected at the timeshare.

The restrictions took effect on April 10, and the deed granted Allen access to the timeshare the week after. Under Whitmer’s order, Allen would be a criminal if she had stepped foot on the property during her time slot, subject to fines and penalties, according to the April 25 suit. 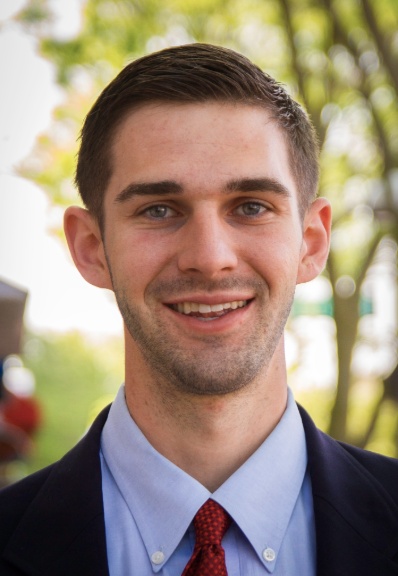 This right is implicated when a regulation “actually deters,” intends to “impede,” or “serves to penalize” the exercise of the right without some kind of due process, which is where the Fourteenth Amendment comes into play. The 6th Circuit “applies strict scrutiny,” the most intense form of legal review, when this right is violated.

The executive order could not survive such scrutiny, since it infringes on Allen’s constitutional right “without doing so by the least restrictive means possible to accomplish the State’s goals,” the suit argues.

Weaver cited the fact that Allen’s out-of-state co-owner could visit the property without running afoul of the law but she couldn’t, violating both Michigan and U.S. constitutions.

The suit also notes indefensible exceptions in the executive order for other activities that require travel, such as “outdoor recreation” and caring for “a family member’s pet in another household. Consequently, an individual could travel to a park next to her second home, but she could not step onto her own property.”

“This suit is not about policy disagreements or the ‘best available science,” the suit says: “[I]t is about protecting fundamental rights from arbitrary, invasive, and discriminatory government action.”