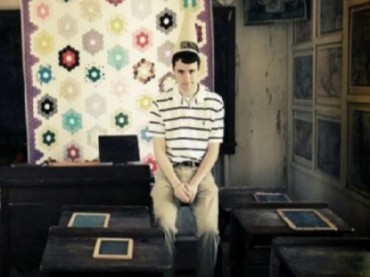 Examples of abuse listed on the University of Michigan’s domestic violence awareness website say “sexual violence” includes “withholding sex and affection” and “discounting the partner’s feelings regarding sex” – definitions that have come under fire by some men’s rights activists.

The terms, found under the heading “definitions,” also suggest verbal or psychological abuse include: “insulting the partner; ignoring the partner’s feelings; withholding approval as a form of punishment; yelling at the partner; labeling the partner with terms like crazy [and] stupid.”

Janet Bloomfield, social media director for “A Voice For Men,” an activist group that counters feminist extremism and misandry, took aim at these University of Michigan examples, first on her Twitter account over the summer and more recently in an email to The College Fix. “These kinds of policies contribute to an increasing level of sexual misconduct hysteria and essentially create a chilling climate for young men,” Bloomfield said. “When things like ‘withholding sex’ and ‘ignoring a partner’s feelings’ are framed as a pattern of behavior that is abusive, they are not only pathologizing normal relationship behaviors, but they are opening the door for vindictive or spurned partners to make allegations that can have profound effects for the accused.”

Currently the higher education world is gripped by the so-called campus rape culture, in which the widely touted yet largely unsubstantiated stat that one in five women will be sexually assaulted or raped while in college is oft repeated during mandated sexual assault seminars at universities nationwide.

On the University of Michigan website, it lists various definitions of abuse as created by a campus coalition called “The University of Abuse Hurts Initiative,” a 2009 undertaking that aimed to stop abuse among students and the campus community.

Its goal is “promoting prevention of and effective response to domestic or intimate partner and sexual violence,” with the tagline: “Abuse Hurts: Recognize. Respond. Refer.”

But interspersed within the typical definitions of abuse – “pushing, shoving, pulling, shaking, slapping, biting, hitting, punching, kicking, strangling, throwing objects at partner, restraining, throwing the partner, use of weapons” – the other examples, such as “discounting the partner’s feelings regarding sex … criticizing the partner sexually … withholding sex and affection,” are found.

Also included in the definition of sexual violence is the example of having “sex with other people.” The campaign also gives examples of what’s considered to be “verbal or psychological abuse,” including:  “insulting the partner; ignoring the partner’s feelings; withholding approval as a form of punishment; yelling at the partner; labeling the partner with terms like ‘crazy,’ ‘stupid.’”

It’s not unheard of for sexual violence to be defined so loosely within a campus community.

“Sexual violence is anything that makes someone feel unsafe; it could be catcalls, peer pressure to act a certain way in a situation, verbal harassment and unwanted touching. Many of these things occur daily without anyone giving a second thought to them,” Jami Coughler, program coordinator for the Brock University Student Sexual Violence Support Centre, told the Canada-based campus newspaper this week.

The University of Chicago, on its website, defines an abuser as someone who “has a strong belief in extreme gender roles” and “is jealous and possessive” among more typical forms of abuse listed.

But other campuses only list the generally understood definition of sexual violence on their websites, such as Oregon State University, which defines it as “any non-consensual sexual act. This includes rape, sexual assault, relationship violence, stalking, child sexual abuse, sexual exploitation, sexual harassment, unwanted sexual touching, and attempts of any of these acts.”

As for the definitions given by the University of Michigan, asked by The College Fix whether they are extreme and erroneous, campus spokesman Rick Fitzgerald said they stand when taken in a larger context. Bloomfield has a different take on what readers will “recognize” when perusing the website.

“Using the exact same logic and method of reasoning deployed by UMich – namely, that readers will recognize the behaviors within a larger pattern of behaviors – readers will also recognize that victims are implicitly female and perpetrators are male – even though the policy does not explicitly state that,” she said, adding such extreme examples essentially label normal relationship behavior “abuse” and throw men under the bus.

“Normal relationship behaviors are pathologized and framed as abuse when MEN do them,” she noted. “I am unaware of a single case in which the accused student is a woman and the victim is a man.”

As for the topic of the campus rape epidemic, she said she believes campuses are whipping up “rape hysteria” for a variety of reasons.

“It comes down to this: colleges are creating rape hysteria so college employees who run these sexual assault centers can keep their jobs and benefits. Women are encouraged to interpret normal sexual and relationship behaviors as abuse and encouraged to have the young men they are partnering with sanctioned by the college,” she said.

“The end result is that college campuses are becoming increasingly hostile to men and colleges that enact their ‘kangaroo courts and policies’ to deal with sexual misconduct are opening themselves to huge liabilities when the accused and sanctioned men take their claims into a real court and sue for damages,” she added. “They tend to win once due process and the requirement for evidence beyond a reasonable doubt is restored. “

A Voice for Men maintains an ongoing list of such cases. One such lawsuit is pending against the University of Michigan, in which a 21-year-old engineering major claims campus administrators refused to fully consider any of the evidence which he says proves his innocence.

Fitzgerald said the abuse definitions on the website are not used to arbitrate campus sexual assault claims.