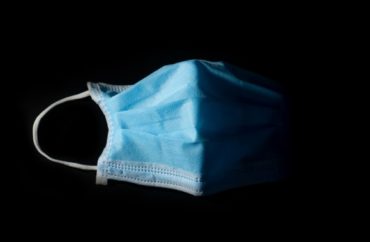 An official at the University of Washington suggested Wednesday that the coronavirus may have originated in the United States, a highly disputed theory that has been advanced by officials within the Chinese government.

Rickey Hall, vice president for minority affairs and diversity at the University of Washington, made the comments during a Zoom panel discussion hosted by PEN America, a free expression nonprofit.

“We don’t know where this virus originated,” Hall said. “It could have originated in the United States.”

The panel “Hate, Xenophobia, and COVID-19: How Should Higher Ed Respond?” featured several officials from different institutions of higher education.

Ho began the discussion with a powerpoint presentation explaining why calling the coronavirus the “Chinese virus” is racist, and how professors and colleges should address the issue.

Ho said that the virus “has a name,” COVID-19, and that the World Health Organization had named it that in order “to avoid the stigmatization that has happened in the past when diseases have been affiliated with geographic regions or ethnicities.”

“Though the virus may have first originated in Wuhan, China, it has become a global pandemic,” Ho said. “And as the WHO and many other organizations have noted, to misname the virus and call it by its point of origin engages in racist practices of blaming a region and by extension a group of people with this disease.”

Referring to COVID-19 as the “Chinese virus” or “Wuhan virus” has been a topic of controversy since the beginning of the pandemic. For several weeks President Donald Trump referred to the virus by its country of origin during his daily press briefings before stopping.

Collins, during her presentation, said the outbreak of the virus “has amplified the need for safety and control in an uncertain world,” and that such uncertainty is one of the drivers of hate and xenophobia.

“Some people, armed with bias, prejudice, and misinformation, look for people from an out-group to blame because it creates a false sense of security and control,” Collins said. “Feelings of fear can turn into feelings of hate and disgust toward members of an out-group, this includes a process of dehumanization that leads to a justification for harming others or letting them suffer.”

“Hatred numbs feelings of guilt and shame, which reduces psychological conflict,” she said.

Collins provided detailed instructions about how to “respond or intervene when someone is being racist,” which started with “if someone is being victimized, the most important thing is supporting that person’s physical and emotional safety.”

“One buffer against the negative psychological impact of hate and xenophobia is to have allies and bystanders speak up against the behavior,” Collins said. “Even a simple statement of dissent such as ‘I disagree’… is more helpful than silence.”

Ho said it wasn’t enough to simply not be racist, rather people had to take the further step of being “anti-racist.”

“If you want to be anti-racist, you need to promote work towards anti-racism,” Ho said, criticizing silence in the face of racism and saying the pandemic provides an “opportunity to talk about xenophobia in America.”

UC Riverside’s Lam said that racism is often tied to socioeconomic reasons and that UC had faced problems with racist “Zoom-bombing” where internet trolls disrupt Zoom meetings with racist messages in the middle of online classes.