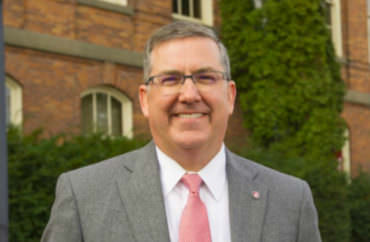 ‘Several facts need to be clarified’

Kirk Schulz ignored the repeated misspelling of his name in a poorly written letter from censorious state lawmakers and took the high road.

In a letter to House Higher Education Committee Vice-Chair Gerry Pollet published by The Daily Evergreen but not available from his own page, Schulz didn’t even mention the CRs as the target of derecognition until the end, in a section that begins “several facts [that] need to be clarified”:

The WSU College Republicans, both its student leadership and the organization as a whole, have officially stated its then President [sic] did not represent the registered student organization in his appearace in Charlottesville [at the “Unite the Right” rally]. The student has officially stepped down from his leadership role in the WSU College Republicans. No state funds, student funds, or university resources were used to facilitate that student’s appearance.

Most of the letter responded to lawmakers concerns about a “campus culture and climate” that includes the College Republicans.

Schulz bragged about WSU’s $5 million spent annually on creating an “inclusive campus culture” that supports diverse students. He reminded lawmakers of the public university’s initiative to increase the number of “diverse” faculty, staff and students, and noted that its cultural center for “inclusive excellence” opened last week.

The university is also undergoing a national search for a vice president-level “inclusive excellence” official.

Halfway through, Schulz addressed the rights and responsibilities of more than 400 registered student organizations at WSU, which include the CRs:

We endorse the independence of student organizations and their student leaders. As emerging young adults who are learning about leadership, decision making, and accountability, we do not tell student who to elect as officers, what events they must offer, or determine the content of their programs.

The university supports their efforts to bring “speakers with divergent viewpoints” and host rallies for their causes, “even when we are challenged by, confronted through, or fundamentally disagree with the content of these messages,” Schulz wrote.

In case you were wondering – a Ford F250 does fit through the Pullman Starbucks drive-thru pic.twitter.com/vAMEfC7ECw

The highest-ranking member of the lawmakers who wrote Schulz isn’t buying it. The Daily reports:

Rep. Gerry Pollet, D-Seattle, who led the drafting of the letter, said that there is documentation by media outlets that shows the group’s activities went beyond free speech.

“[The WSU College Republicans] had intended to target and provoke a response that would make it fearful for some to attend WSU,” Pollet said.

Pollet has said WSU should develop a clear definition of hate speech and work with RSOs to create a less hostile environment on campus.

The Daily also notes that WSU’s own state representatives and senator did not sign the letter. The Seattle Times notes that all signatories come from liberal western Washington.

Campus officials suggested they would give in to protester demands at a sit-in last month that WSU institute a “hate speech” policy, among other progressive priorities.

The editorial board of the Union Bulletin, about two hours from WSU’s main campus, praised Schulz for rejecting the derecognition demand:

Bombastic political speech can be offensive and upsets people — and that’s often its intent.

Unfortunately, the visceral reaction to opinions people find disturbing is to silence the speakers. That’s been a growing trend on college campuses across the nation.

The board said Schulz’s decision “is a win for intellectual freedom” and shows that “the expression of ideas doesn’t need to meet a political litmus test in order to be allowed on college campuses.”