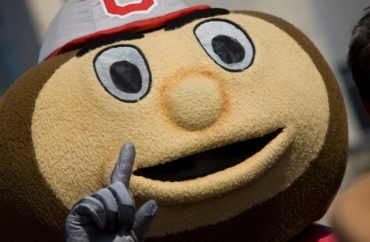 The president of Ohio State University recently vowed to make the university community, “truly anti-racist,” within the next 10 years.

“Over the next decade, I would like us to become a truly anti-racist community,” President Kristina Johnson said on February 18 during a virtual “State of the University” speech.

She wants the public university “to become a national leader in recruiting, retaining and graduating students from underrepresented groups.” Johnson also promised to “hire 150 new faculty within a new initiative called RAISE — short for race, inclusion and social equity.”

At least 50 of our RAISE faculty will be scientists, artists and scholars whose work addresses social equity and racial disparities in fields such as health care, education, justice and public safety, resources and the environment, the arts and creative expression, economic opportunity and leadership — building on what is already world-class scholarship across our colleges.

Beyond the RAISE initiative, Johnson plans to push the university to lower, if not eliminate, the ongoing burden of student loans on Ohio State graduates.

Johnson explained that it comes down to the cost of education and that the university will be exploring the creation of a “debt-free degree.”

It all starts with the undergraduates: a pipeline of talent to diversify the ranks of our graduate and professional students, our researchers and post-docs, and our faculty, staff and administrators. Ohio State has made progress: The number of underrepresented minority students awarded bachelor’s degrees rose 70% from 2013 to 2020.

But it’s time for us to head straight at one of the great barriers to equity in higher ed and in our nation at large: the cost of college.

She promised in the next 10 years to “make sure our undergraduates leave Ohio State debt-free.”

“This is well within our reach, and we will lead the nation as the first university to offer a zero-debt bachelor’s degree at scale,” Johnson said.

University will focus on degrees that actually lead to careers

One way the university plans to increase the number of students who graduate ready for a job is to increase its certificate programs.

She said the “Office of Academic Affairs is defining new forms of academic programming that will allow us to respond quickly to the labor market.”

That includes programs, such as certificates, that “deliver just-in-time learning for leading-edge skills at scale.”

An undergraduate degree from the Big Ten university currently can cost over $100,000. Even an Ohio resident can plan to pay at least $25,000 per year. A non-resident would pay nearly $50,000 per year, according to tuition and room and board fees for incoming freshmen.

Of course, room and board fees could decrease as students move off-campus later in their degree.

In her speech, Johnson delved into other topics related to career preparedness, including teaming up with companies to innovate and improve course and degree offerings.