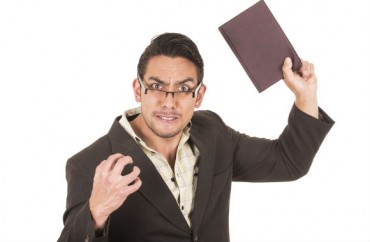 Administration is working with other profs who have ‘communication guidelines’

The University of Florida’s stellar free-speech rating from the Foundation for Individual Rights in Education may be at risk of slipping.

A lecturer and “dance/movement therapist” is threatening students with lower grades if they use gendered words such as “mom” and “dad” in assignments or if they make classmates feel “unsafe or unwelcome.”

The school is aware of complaints about such rules in syllabi, telling The College Fix that it’s working with faculty to make sure their classroom rules don’t impede students’ speech.

Instructor Jennifer Lee wrote in her Creativity in Context syllabus that students must not use words including “boyfriend,” “girlfriend,” “husband,” “wife,” “mom” or “dad” because they are not inclusive enough.

“Speak in a way that does not make assumptions about others based on ‘norms’, stereotypes, or one’s own identity or experience,” Lee wrote in that section, subtitled “Use inclusive language.” Students should use terms such as “partner” or “significant other,” or “family,” which are free of stereotypes and “inclusive of alternative orientations and family structures.”

Under “Safe Education Environment Policy,” Lee wrote that in order to have “open dialogue,” students must watch what they say.

“Any behavior or language that makes others feel unsafe or unwelcome in this classroom can and will not be tolerated,” the policy states. That includes “overt harassment or intimidation with reference to race, gender identity, sexual identity, religion, ethnicity, nationality, or ability.”

The most specific Lee gets on examples of unwelcome behavior is interrupting or ignoring others while they are talking. She doesn’t define harassment or intimidation.

No limit to lost ‘participation points’

Though her four-paragraph “Classroom Communications Policy and Guidelines” doesn’t spell out consequences for running afoul of Lee’s view of propriety, her conduct policy gives Lee the discretion to remove “participation points” from students’ grades if they have “continued behavior issues.”

Students get one email warning if Lee judges they “do not meet conduct expectations.” Class participation counts for 36 percent of a student’s grade.

Lee does not provide any ceiling for how many participation points students can lose for conduct issues, nor any estimate of how many points she’ll ding students for a given violation. This is in contrast to her rules for missed class: 5 points off the participation grade for each absence and 2.5 points off for each tardy.

Contemplating student complaints about her rules, Lee concludes: “This communications principle is not about political correctness; it is ethical conduct revealing basic human respect and kindness.”

The Merriam-Webster dictionary defines “politically correct” as “conforming to a belief that language and practices which could offend political sensibilities (as in matters of sex or race) should be eliminated.”

Lee did not respond to Fix requests for comment, and the Center for Arts in Medicine in which she teaches declined to comment on her syllabus.

‘No student was penalized for not following the guidelines’

“To foster collegial and respectful discussion in their classes, a few University of Florida faculty members provided communication guidelines in their syllabi,” Sikes told The Fix.

RELATED: Washington State announces it will not allow professors to ban words they don’t like

“There was no intention to abridge the free speech rights of anyone, especially students,” Sikes continued. “Since these were only guidelines, student grades did not depend on them and no student was penalized for not following the guidelines.”

Sikes said the administration was working with these faculty “to find a means of ensuring a classroom environment that respects all students’ values while also encouraging open discussion.”

She declined to specify how many other faculty had problematic communications guidelines in their syllabi, who they were or how the university was working with them, in response to a Fix request for elaboration.

The university’s student conduct code says that “the transmission of knowledge, the pursuit of truth, and the development of individuals requires the free exchange of ideas on any subject whether or not it is controversial, self-expression, and the challenging of beliefs and customs.”

Yet in the same paragraph, the code says that teaching students to communicate effective “often (although not always) requires respectful speech and conduct.”

The university’s syllabus policy guide for faculty, last updated a week ago, does not require faculty to include a communications policy, though an explicit outline of “Class demeanor expected by the professor (late to class, cell phones, etc.)” is “suggested.”

The University of Florida stands out among U.S. colleges for earning a “green light” rating from the Foundation for Individual Rights in Education, meaning that its policies “do not seriously imperil speech.” It received the accolade a year and a half ago – only the 19th such school at the time – after working with FIRE to remove all its speech codes.

Ari Cohn, senior program officer for legal and public advocacy at FIRE, told The Daily Caller that Lee’s syllabus will probably have the opposite effect of her “open dialogue” goal.

“Faced with the possibility of a lower grade, students are likely to refrain from providing their input for fear that the professor or a classmate will be offended by something that they say, no matter how unreasonably,” Cohn said.

Mocking The Daily Caller’s report, The Independent Florida Alligator’s editorial board nonetheless agreed last week that Lee’s syllabus was “yet another example of unnecessary language policing in the name of inclusivity and tolerance.

“Yes, there are individuals who do not conform to the gender binary or ‘traditional’ relationship template set forth by mainstream American society,” the editorial said, “but prohibiting the use of inoffensive familial words not only fails to make a substantive or positive difference in the lives of, well, anyone, but also fails spectacularly at engendering individuals to become more open-minded and empathetic.”

RateMyProfessors.com gives Lee an “A” rating, though one student who graded her “poor” said she “can be pretty annoying. She only wants certain opinions and will shoot down any other views in lecture. Told our class we ‘don’t have the right to have an opinion’ about some poetry. I wish I were kidding.”

Lee is only the latest professor to draw national scrutiny for suggesting to students that failure to use politically correct language will harm their grades.

Washington State University reined in faculty last summer after two professors told students they would be marked down for using such terms as “illegal aliens,” “tranny,” or “male or female” to refer to men and women.

A North Carolina State University professor told students around the same time that “sexist language” was prohibited, including “generalized pronouns” such as “mankind.”

RELATED: Students will be marked down if they write ‘mankind’ in North Carolina State women’s studies class