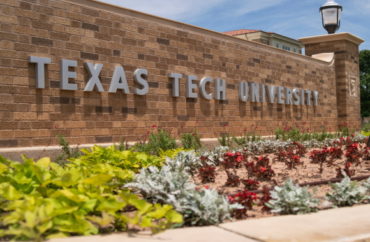 Texas Tech University has reportedly shut down an anti-racism diversity training that separated students, faculty and other participants by skin color.

“Upon reviewing materials from the ‘Deeply Rooted Conversations’ discussion series, we learned that some of the content does not align with our university values, and we have discontinued this program,” Matt Dewey, a spokesman for Texas Tech University, told the Daily Caller News Foundation.

The racially segregated session, part of the “Deeply Rooted Conversation Series,” was first brought to light by Young America’s Foundation through a public records act request.

Video footage obtained by the foundation of one of the Deeply Rooted sessions showed faculty and students being divided into two groups, a “BIPOC affinity space” and an “ally affinity space.”

NEW: Through a FOIA request, YAF has uncovered hundreds of documents from an "anti-racism" training at @TexasTech.

For some breakout sessions, students and faculty were segregated by race. Abhorrent. pic.twitter.com/B57mVm6sbT

“The point of this is to be able to identify how we experience these concepts and ideas and deeply listen to others and how they understand these ideas,” a facilitator explained to participants, according to the video.

YAF also reported one of the Deeply Rooted sessions listed law enforcement as an example of white supremacy. News of the program being shut down was celebrated by YAF spokeswoman Kara Zupkus, calling it “another win” for the organization.

Meanwhile, Texas Tech has deleted online traces of the program.

A Google cache of the “Deeply Rooted Conversation Series” website described it as “for learners and educators at all levels that are committed to creating inclusive and equitable spaces on campus and beyond,” but the webpage is no longer loading.

Texas Tech officials also appear to have deleted references to the program from its Facebook and Twitter accounts.

MORE: ‘The Case for Colonialism’ at Texas Tech: How 23 professors and a president almost shut down debate.

IMAGE: Travel With Me / Shutterstock