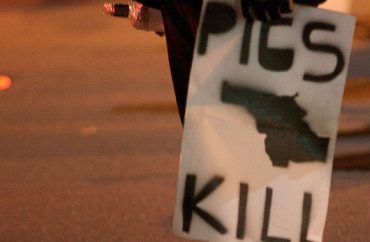 If you’ve followed bloggers since the dawn of the 21st century, you recognize the moniker Instapundit.

The University of Tennessee-Knoxville is now investigating the law professor behind the blog, Glenn Reynolds, for a tweet that briefly got him suspended from Twitter, the Knoxville News Sentinel reports.

Reynolds – also a Second Amendment scholar, popular author and USA Today columnist – had retweeted a Charlotte-area news report Wednesday night about the riots that warned motorists to “AVOID” a highway where protesters were “stopping traffic and surrounding vehicles.”

The professor’s message atop the retweet: “Run them down.”

UTK Law Dean Melanie Wilson said Thursday she was responding to “the serious and legitimate concerns expressed by members of the UT Law family and the University of Tennessee community” in response to Reynolds’ tweet:

The university is committed to academic freedom, freedom of speech, and diverse viewpoints, all of which are important for an institution of higher education and the free exchange of ideas. My colleagues and I in the university’s leadership support peaceful civil disobedience and all forms of free speech, but we do not support violence or language that encourages violence.

Professor Reynolds has built a significant platform to discuss his viewpoints, but his remarks on Twitter are an irresponsible use of his platform.

Chancellor Jimmy Cheek ganged up on Reynolds as well, saying it violates “the university’s commitment to fostering a civil and inclusive learning environment.”

Reynolds told the Sentinel that he tweeted because “blocking highways is dangerous and I don’t think people should stop for a mob, especially when it’s been violent.”

In a blog post before his reinstatement to Twitter, Reynolds agreed his wording wasn’t “perfect,” but noted he’s far from a law-and-order zealot:

I’ve always been a supporter of free speech and peaceful protest. I fully support people protesting police actions, and I’ve been writing in support of greater accountability for police for years.

But riots aren’t peaceful protest. And blocking interstates and trapping people in their cars is not peaceful protest — it’s threatening and dangerous, especially against the background of people rioting, cops being injured, civilian-on-civilian shootings, and so on. I wouldn’t actually aim for people blocking the road, but I wouldn’t stop because I’d fear for my safety, as I think any reasonable person would.

Not content to be quiet while UTK investigates him, Reynolds tagged the law school today in a response tweet about a truck driver whose vehicle was surrounded and looted by Charlotte rioters.

I'm chatting with the truck driver. She was carrying car parts and heading to Greensboro. Now her truck is being looted @wsoctv

Protesters are burning stuff from the trucks now. This is all happening on I-85 @wsoctv pic.twitter.com/82fdCyfCkX

Just got off the phone with the truck driver. She is still inside her truck as people loot her cargo and burn it. She fears for her life

This was an absolutely horrifying interview. She kept asking me where police are. She's trapped inside as people destroy her truck and cargo

This family was traveling on I-85 when they say #CLT protesters who were throwing rocks at drivers shattered their windshield. @wsoctv pic.twitter.com/Lz3Z3nU7iC

The Sentinel refers to rioters surrounding cars trying to get through the riot as “demonstrators.”

Read the Sentinel story and dean’s statement, and follow Instapundit for more updates.