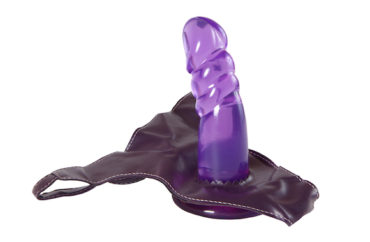 The event, to be hosted by sexologist Dr. Lindsey Doe, “will address many facets of the subject, ranging from different positions to try and appropriate preparation tactics.”

Doe, who is also moderating the events “Toys R Sex” and “Sucking D and Licking P,” hosts her own YouTube channel titled “Sexplanations,” featuring videos such as “Asphyxiation” and “Cross Cultural Intimacy.” She did not respond to requests for comment from The College Fix.

Other events during the week include an art exhibit titled “Send Nudes ;),” a cabaret show, and a workshop about “Black Liberation through Sexual Pleasure.” 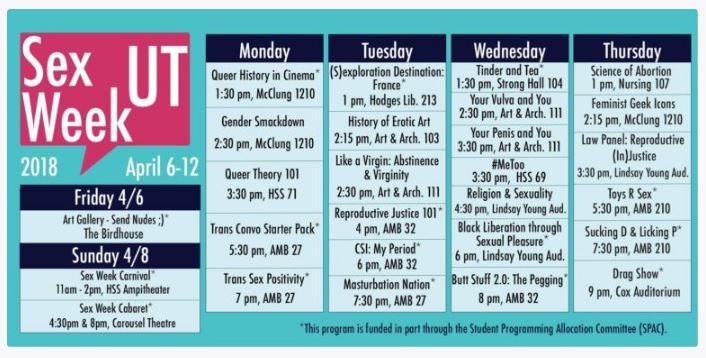 Reached via email, Sex Week co-chairs Patrick Sonnenberg and Julie Edwards told The College Fix that they would answer a series of questions about the event, but neither responded to multiple emails to that effect.

Emails to the rest of the board–17 people in total–were not returned.

University spokeswoman Tyra Haag told The Fix that “no state funds are expended for Sex Week.”

“Sex Week is a series of programs organized and funded by students who opt-in for a student fee at the beginning of the year. In 2014, the university adopted the opt-in policy at the state Legislature’s request,” Haag said via email.

“The speech of the registered student organization is protected by the First Amendment and the Campus Free Speech Protection Act, which was signed into law in May 2017,” she added.

“To think that our young people – we send them off to school – a public university and they are exposed to all these things – I think it’s ridiculous,” she said.

On Facebook, meanwhile, the Christian evangelist Franklin Graham said he was “saddened and disappointed” to learn of the university’s Sex Week.

“There’s nothing healthy or educational about all of this. It’s just simply promoting sin. I think parents should take steps to see this stopped—or pull their students out,” he wrote.