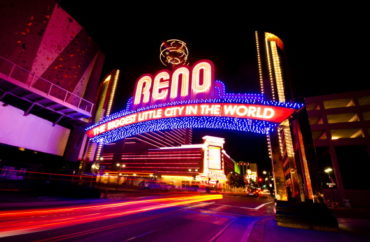 The University of Nevada-Reno recently released an Inclusion, Diversity, Equity & Access Language guide, or IDEAL, that provides a variety of language and wording suggestions to the campus community.

Among the advice: Avoid the term “native Nevadan” when referring to people born in the state because it is “not respectful to Indigenous people who truly are native to the land here in Nevada.”

Overall the guide targets topics such as age, disability, gender, sexuality and race, among other subjects.

“Language is powerful,” UNR’s Nevada Today Editor-in-chief Karl Fendelander wrote in an Oct. 7 news release announcing the guide. “Nothing quite matches its ability to make someone feel welcomed, valued and included in a community.”

In receiving feedback from more than 50 experts across the university, Fendelander said everyone learned “new words and ideas.”

“I am also a white, heterosexual, cisgendered man with all the privilege that comes along with it. There are huge swathes of the human experience that I am not privy to,” Fendelander wrote. “I am not an expert in which words cut deeply or which phrases are laced with a history of violence and oppression. But I can listen … that’s what this guide is for.”

The guide adapts many of the AP guidance changes from 2017 on gender.

Like the AP guidelines, the IDEAL guide also asserts that “gender is not synonymous with sex,” arguing that leading medical organizations affirm “not all people fall under one of two categories for sex or gender.”

For scientific studies that require clarifying sex, it recommends using words like “men and women, boys and girls, males and females.”

Other discouraged terms include BIPOC, BAME, mixed-race and Caucasian (as a synonym for white).

BAME and BIPOC, which stand for “Black, Asian, and minority ethic” and “Black, Indigenous, people of color,” respectively, should not be used because there is no consensus on whether or not the terms are inclusive enough.

Mixed-race is not to be used because it “may carry negative connotations.”

In general, shorthand terms like POC, for person of color, are suggested to be spelled out or explained for the sake of clarity.

UNR Spokesman Scott Walquist told The College Fix that the guide will primarily be used for official university communications like press releases and social media content, with the hope that it will be used beyond that and “as an educational tool.”

“Our hope is that it will [be] used beyond official communications, both as an educational tool and a place to start thinking critically about the language we use,” he said.

“We take the idea of inclusion very seriously at the University of Nevada, Reno and are committed to realizing and sustaining an inclusive, diverse, equitable and accessible environment for every member of the campus community,” Walquist told The Fix.

“In order to further develop and nurture an inclusive environment, we need to use inclusive language. By using language that more closely matches our ideals, we can better grow this type of environment on our campus.”