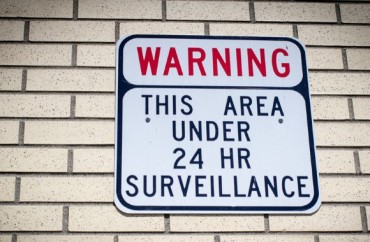 The University of California offers an “intolerance report form” that encourages its 238,000 students and 190,000 faculty and staff across California to detail for system administrators any behavior they consider discriminatory, including “unwanted jokes” or “disparaging comments.”

Among incidents students and scholars are asked to report: “Expressions of bias,” “hate speech,” “bullying,” “intimidation” and “bias incidents.”

Additional items that can be reported through the online intolerance report form are graffiti and “hostile climate” issues.

The UC webpage defines “hostile climate” examples as including “unwanted jokes or teasing, derogatory or disparaging comments, posters, cartoons, drawings, or pictures of a biased nature.”

The UC system is headed up by Janet Napolitano, former secretary of the Department of Homeland Security, who after taking the helm of the public university system hosted a series of faculty leader training sessions on bias.

“America is the land of opportunity,” “There is only one race, the human race” and “I believe the most qualified person should get the job” were among a long list of alleged offensive microaggressions faculty leaders were advised not to say at the seminars.

The University of California’s systemwide intolerance report form, offered online, is described as a way to report actions or statements inconsistent with the system’s “Principles of Community.” (The webpage encourages users to use the UC Whistleblower Hotline for outright violations of the law or UC policy.)

UC defines “expressions of bias” as “a general communication not directed toward a particular individual, which disparages a group of people on the basis of some characteristics such as actual or perceived race, color, ancestry, gender, gender identity, ethnicity, national origin, religion, disability or sexual orientation.”

The webpage does note, however, that some “acts of bias may be fully protected expressions of speech.”

The UC form mirrors similar bias reporting systems in place at other universities, like Georgetown and Cornell universities.

For example, in response to anti-Semitic comments posted by a UCLA student on a private Facebook page not affiliated with UCLA, the Vice Chancellor for Student Affairs Janine Montero sent an email on Dec. 14 to the campus community which touted the UCLA bias incident reporting system.

The electronic form includes an area to describe the incident as well as a place to report the names of the accused.

The vice chancellor noted the form and other resources can help “foster a truly inclusive and respectful campus community.”

Requests by The College Fix for comment on the type of bias incidents reported to the UC system and their consequences and outcomes went unreturned by UC system officials.