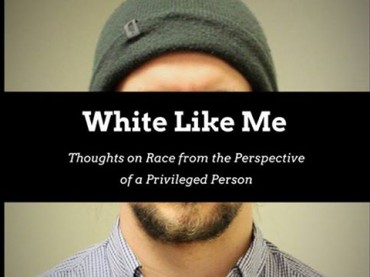 A Christian college professor has caused an uproar on campus by saying that activism against “white privilege” is hostile to Christianity.

His offhand remarks on Facebook, followed by a deeper explanation in the school paper, drew a slew of criticism from others at Moody Bible Institute in Chicago – including one who compared white privilege to a rigged game of Monopoly.

Bryan Litfin, who teaches theology, first found himself in hot water after criticizing a poster from the African-American student group Embrace, whose March 3 event “White Like Me” featured “thoughts on race from the perspective of a privileged person.”

Though Litfin tried to walk back the comments with the Tribune, he ended up expanding on them in an April 15 op-ed in the The Moody Standard. The professor apologized for how he handled the situation, but then explained how the rubric of “white privilege” is “taken straight from a radical and divisive secular agenda.”

He cited the “New Covenant” between God and his people in the New Testament, which replaced the collective sin of Israel: “Therefore, an entire race should not be held accountable for the sins of individuals. It doesn’t work like that anymore.”

Litfin argued that white privilege “aggressively define[s] others, stigmatize[s] them, [and] lump[s] them together,” acting against Christian love and ignoring the present reality for many people worldwide considered white.

Litfin’s argument was also personal, discussing how his grandfather immigrated to America and his father, the first in the family to attend college, went on to earn two doctorate degrees. “God celebrates” the privileges that Litfin received by virtue of his family’s hard work. It’s an argument that recalls Princeton University student Tal Fortgang’s much-ballyhooed essay last year, in which he “checked the origins of my privileged existence” and learned about his family’s escape from the Nazis and his father’s hard work to give him a better life.

Litfin’s piece reminded his readers of “the cry for social justice from the white oppressed,” such as “the Caucasian widow, the orphan, the sex trafficking victim, the mentally ill” and others.

It’s another way that white-privilege proponents “unintentionally squelch the voices of the oppressed” by adopting the language of “worldly unbelievers,” he said.

Although Litfin did not respond to requests for comment, he expanded on his views to Christianity Today.

He explained that he was not trying to deny the existence of racism, but rather ensure Scripture and Christian principles had a proper place in the discussion: “I simply wanted to serve my community with some reflections from Scripture about how we should talk about it.”

Though he does not necessarily disagree entirely with the idea of privilege, skin color alone does not “automatically” provide privilege, Litfin told the magazine.

Litfin received harsh feedback from the Moody community in the pages of the Standard.

Clive Craigen, who teaches intercultural studies, wrote that American society is like a game of Monopoly in which the rules were “rigged” for certain players to start and only changed halfway through to be fair to all.

The benefits continue to accrue for players who were favored from the first half of the game, Craigen wrote. Though black people and women now have equal rights, history still impedes progress, he said: “Privilege is the current expression of historical realities.” Winfred Neely, a black faculty member who teaches pastoral studies, went so far as to accuse Litfin of exercising white privilege by asking that the term not be used.

Describing how he had earned multiple degrees and could speak several languages but white people were sometimes surprised to learn he is black, Neely then rebuked Litfin, his “valued colleague and a brother in Christ.”

For a white man to disagree with the vocabulary used to discuss racism, Neely argued, “is arrogant and an ironic example of the voice of white privilege.”