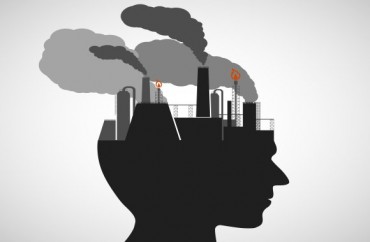 Claudia Rankine, the Aerol Arnold Chair of English at the University of Southern California, is also an award-winning poet.

Her book, Citizen: An American Lyric, was the winner of the National Book Critics’ Circle poetry award, and in a recent interview with The Guardian’s Kate Kellaway, Rankine was asked about a rather interesting line from the work:

What was in your mind when you wrote that line?

When white men are shooting black people, some of it is malice and some an out-of-control image of blackness in their minds. Darren Wilson told the jury that he shot Michael Brown because he looked “like a demon”. And I don’t disbelieve it. Blackness in the white imagination has nothing to do with black people.

Why is it so hard to call out racism?

Because making other people uncomfortable is thought worse than racism. It has taken me a while to train myself to speak out.

Making people uncomfortable is “worse than racism”? If anything, discomfort most likely comes from (whites, typically) being worried about accusations of racism.

Rankine also provides virtually no context about why she was stopped once at an airport, where she claimed racial profiling:

“You can’t know – but they stopped me. Then they said: ‘Go.’ No explanation. When I said: ‘I’m being racially profiled’, the official asked: ‘Why are you saying that?’ And he did look chagrined.”