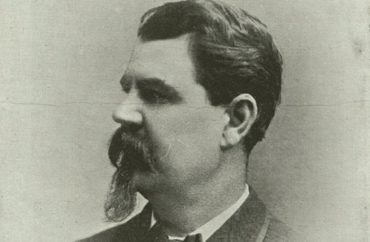 Frank Hume spent most of his life as a social activist – he served on a commission to raise food and drug standards, helped secure land for a courthouse and school and ran for U.S. Congress. He served on the Arlington Board of Supervisors and in the Commonwealth of Virginia’s legislature and operated a successful grocery business.

But activists at Virginia Tech are furious that a wall that once contained his name remains standing – Hume, you see, was once a private in the Confederate Army. His sons attended the university and were major donors.

University officials removed Hume’s (pictured) name from the “Whispering Wall” on campus after complaints from activists. But students remain upset that they did not take a bulldozer to the wall.

“Personally, as a student of color, I’m very frustrated,” Gaby Hernandez told the campus newspaper. “I feel like the University completely ignored marginalized students’ calls to remove the wall.”

She helped write a student government resolution in 2021 that denounced the wall’s existence as a threat to black Americans.

“The continued presence of this memorial and its physical foundation serves as a reminder to Black students and students of color that white supremacy is still protected today,” the resolution stated, because it was named for someone who served the Confederacy.

That resolution quoted the concerns of the Minority Rights Coalition, a group of left-wing racial activist groups on campus, that called the wall “a reminder that the racist, white supremacist ideals upheld by the Confederacy are also ideals the University is proud to preserve.”

“A change in the structure does not change why it was built and who it was built for,” Robertson told The Cavalier Daily. “Any attempt to contextualize will fall short because there will always be a direct misunderstanding of the true history.”

Indeed. Students who legitimately spend times in emotional stress because a wall remains that once had the name of a private in the Confederate Army on it truly do have a “direct misunderstanding” of history.