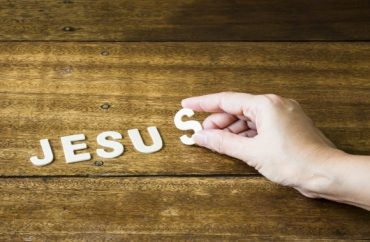 As noted by The College Fix back in mid-April, Middleton High School (Wisconsin) parents have been setting up what’s known as “Jesus Lunches” at an adjacent park for several years now where, during the lunch period, students can stop by to get some food and talk religion.

The school district wasn’t happy about this and claimed that, since it leases the park from the city during school hours, it had the right to prevent the lunches.

Parents’ attorney Phil Stamman said the district’s interpretation of its rights via the lease was incorrect – the lease “does not prevent citizens from entering or using the park for any legal reason.”

However, the issue is now pretty much moot as the district has “voluntarily given up” the park lease, a sign that it’ll stop trying to close down the lunches.

The Freedom From Religion Foundation “has vowed to continue to oppose the Jesus Lunches” because – gasp! – religion.

Middleton school Superintendent Donald Johnson sent out a mass email Tuesday, acknowledging that the school district may have no legal right to prevent the Jesus Lunches, despite the fact that it leases Fireman’s Park from the city of Middleton during school hours.

He indicated that the district was willing to end its lease of the park, so it no longer has any connection to the Jesus Lunches.

“City attorney Matt Fleming has indicated that the city believes the District’s authority to enforce school rules in Fireman’s Park is questionable, and that the city has no interest in litigation to resolve the ambiguities in the language,” Johnson wrote in the email, according to WKOW.com. “Further, discussions have indicated that even enhanced language that clarifies the issues in question may still result in legal expenses that are not in the best interests of any of the parties involved.”

The Freedom From Religion Foundation, which has been on hand to protest the lunches in recent weeks, indicated its continued opposition.

Annie Laurie Gaylor, the group’s co-president, told WKOW.com that she’s concerned about nearly religious activity sparking Christian discussion among students within the high school. She also said the Jesus Lunch should be cancelled or moved because some kids choose not to participate, leading to divisiveness among students.

What’s more divisive: the FFRF offering pizza to students who join its protests against the Jesus Lunches, or “some kids choos[ing] not to participate” in a “nearly religious activity”?