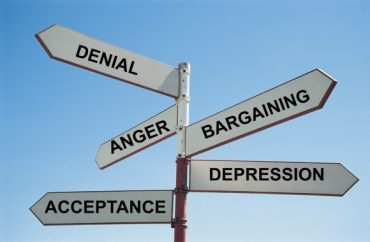 San Diego State University on Tuesday hosted a “Healing Circle” to help students process their confusion, anger and fear over Donald Trump’s election and develop ways to stand against “injustice,” according to organizers.

The circle drew roughly 20 participants, a student who attended the session told The College Fix. Students sat at tables facing each other as facilitators talked them through the fact that they needed to come to grips with the election results, similar to the stages of grief.

“I think at least for me that initial shock has worn off a tiny bit,” a facilitator leading the circle told students. “You know when you grieve you have that denial, ‘How could this happen, I can’t believe this,’ you know, some of us said in that anger, or sadness, mourning, whatever, that overwhelming feeling that that we’re having. Many of us want to do is, okay, now what? We couldn’t believe it happened, but it happened. I think it’s safe to say he’s not going anywhere.”

Saying this circle would follow up with previous grief circles held in classes, the facilitator quoted what Obama told his daughters upon hearing the results of the election:

“Your job as a citizen and as a decent human being is to constantly affirm and lift up and fight for treating people with kindness and respect and understanding. You should anticipate that in any given moment there will be flare ups of bigotry that you may have to confront, or maybe inside of you. It doesn’t stop, you don’t get into a fetal position about it and you don’t start worrying about the apocalypse.”

The student who attended the one-hour event said facilitators urged students to understand that not all Trump supporters are racist, but that Trump has enabled racism and sexism.

“Then everyone took turns explaining how hard it was for them because of Trump,” the student said. “They said white people cannot understand, and they’re scared … and need more support.”

Marketed as an event for “moving forward together,” students attending the event would learn about the “mental health and community-based resources” available to them following the election. “In light of the recent election, many people of color, people in the LGBTQAI community, immigrants, women, people of different faiths, and many more are confused, angry and scared,” said a poster advertising the event. “One of the great threats of this election is isolation. Please come out and be in community to process what happened, and develop next steps for how we can stand together against injustice.”

Other topics of the event included “getting involved in social change,” “advocating for those targeted and marginalized,” and discussing the impact of the election on “our lives and relationships.”

While the circle only drew a handful of students, the day after Election Day, hundreds of SDSU students took to the quad to protest Trump’s victory.

A video of the protest shows students marching through the center of campus, holding signs such as “Love Trumps Hate” and “F*ck Ur Wall” as they shouted “not my president.”

“They have the right to protest, but I saw it as a giant tantrum,” said Jacob Veritas, an SDSU junior and member of their chapter of Young Americans for Liberty. “Healing circles should be reserved for people who actually need it, such as those mourning a death and veterans with PTSD.”

According to Veritas, students have been extremely vocal against Trump’s victory, suggesting that he will somehow destroy the lives of minorities.

“I find it ironic that the leftists want to limit the power of the government now that they’ve lost,” Veritas said.

While the “Healing Circle” had just short of two dozen in attendance, a grieving event at the university held last week drew a crowd of more than 300, according to the Daily Aztec.

At the gathering, students and faculty expressed their frustration with Trump’s victory, and reaffirmed their commitment to their own principles and community members, offering support to those who felt particularly unsafe or marginalized. During the event, Administrative Coordinator for the Department of Chicana and Chicano Studies, Bertha Hernández, pleaded with students not to use the word “illegal” when describing immigrants, so as not to stigmatize them.

As the room filled with grievances against the president-elect, junior political science and public health major Chase Whittaker spoke up and said: “We have to stop trying to say ‘we hate all Republicans’ or ‘anyone who supported Trump is a misogynist or racist’ because that’s just not true.”

As distraught students across the country have denied recognizing Trump as the next president, SDSU has not been the only institution to offer community discussions and safe spaces.