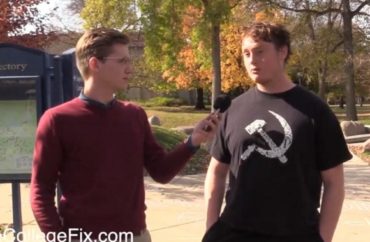 Several Democratic presidential candidates are running on a platform that promises “free college,” an idea that has been warmly received by many young Americans.

It seems that many college students don’t want the responsibility to pay their own tuition bill.

Case-in-point: In interviews with students on Sunday at Carleton College, a small, private liberal arts school in Northfield, Minnesota, they agreed college should be free.

When asked who should shoulder the expense, students offered up everyone from “taxpayers” to “the 1 percent” to “the government.”