A Virginia school district board unanimously voted on Tuesday to remove the names of Thomas Jefferson and George Mason from two of its schools.

In a statement, the Falls Church City Public Schools said the decision came about after a “six-month-long process” including public hearings, “hundreds of submitted written public comments” and a community survey.

School Board Chair Greg Anderson said the board “took seriously the viewpoints and concerns raised by many students, parents, staff, and community members,” and it now will “begin selecting names that reflect the diversity of opinions in our community.”

Anderson added: “Our schools must be places where all students, staff, and community members feel safe, supported, and inspired.”

According to WTOP, the board’s 7-0 vote came despite an average of 56 percent of the school community opposing the name changes.

Nevertheless, 47 and 45 percent of teachers opposed any change (22 and 24 percent had no opinion), while a whopping 74 and 72 percent of community members were in opposition. 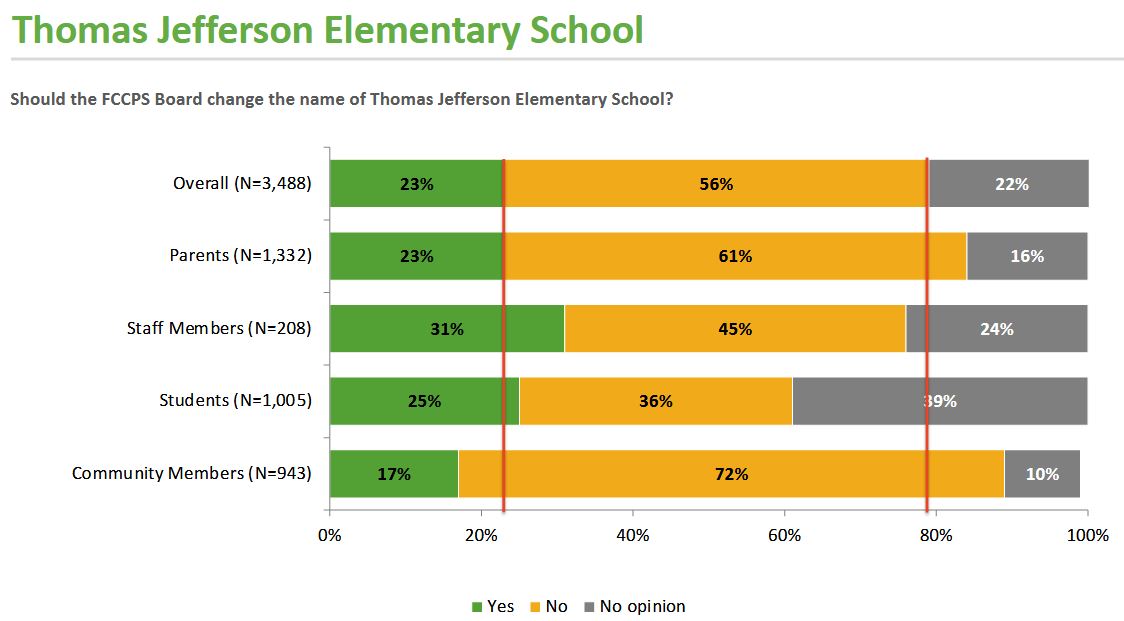 One of the speakers at the meeting, Dr. Jennifer Santiago, said she represented the minority voice in the survey and agreed with the board’s decision.

“While there are many times majority rules works in issues of equity, it is the opposite that is needed,” Santiago said. “If the majority rule worked for traditionally marginalized groups, we would not have systemic racism.”

Santiago went on to disagree with a district alum who said going against majority opinion “set[s] a bad precedent for the future.” She said “the majority’s decision-making has ruled for a long time,” and that most of those favoring the name changes are those “most negatively affected by the lives and legacies of these two men.”